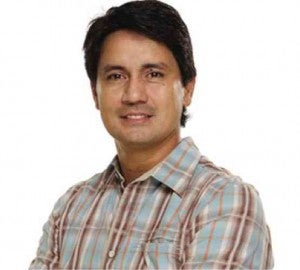 One of the popular actors who are venturing into indie films is Richard Gomez, whose movie career is on the upswing. He finds his role in “The Janitor,” as the boss of Dennis Trillo, fulfilling.

He shares, “I immediately liked its story. This is my first time to participate in Cinemalaya, and I consider it a labor of love.”

The actor encourages other stars to seize the opportunity of appearing in indies, because of the challenges it offers to actors. One of his most fervent  wishes is to work with Nora Aunor, who has become a regular in independent productions.

Gomez is hosting a new game show, “Quiet Please: Bawal ang Maingay,” a franchise from Freemantle’s “The Noise.” He will also be seen in Chito Roño’s upcoming film, “The Trial,” where he portrays the lawyer who defends John Lloyd Cruz in a rape case. It also stars Gretchen Barretto, Enrique Gil and Jessy Mendiola.