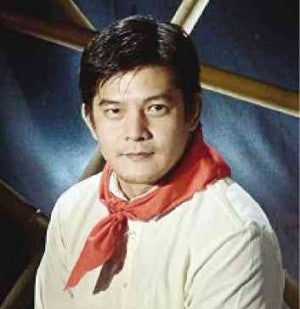 Mario Rodriguez, businessman: “The Paolo Bediones sex-video scandal is horrid. I pity the guy, because he has such a wholesome image. Again, it’s a cautionary reminder to celebrities to be extra careful about their actions, because they’re public figures—and a single irresponsible act can damage their careers.”

Dora Manrique, retired teacher: “One fine actor who is staging a comeback is Romnick Sarmenta via Nora Aunor’s Cinemalaya entry, ‘Hustisya.’ I’ve been his fan since he started acting on television in ‘Gulong ng Palad.’ Welcome back, Romnick! May you be given important roles on television, where your career began.”

Beth Lim, nurse: “Had Aljur Abrenica not decided to leave his home network, I wouldn’t have known that he started with GMA 7 seven years ago. That’s quite a long time, but it certainly seems like his show biz career hasn’t really taken off. While his contemporaries are now cast in substantial leading-man roles, the actor hasn’t really come up with any exceptional performance. The running joke about him is that he hasn’t moved on from his ‘wooden’ style of acting since he portrayed ‘Machete’ on TV.

“For Aljur to make his presence felt, he should prove his detractors wrong. He should prioritize becoming a better actor first and forget about changing networks. ”

Norman Leano, student: “I was lucky to have heard most of the PhilPop entries even before the grand finals because they were available on YouTube. But, my excitement was dampened on finals night, because some performers turned in underwhelming renditions—and one interpreter was even out of tune.

“Just the same, hats off to those who beautifully delivered, like Kyla (for the winning song, ‘Salbabida’), Nicole Laurel Asensio (‘Song On A Broken String’) and Aldrich Talonding (for the runner-up, ‘Awit Mo’y Nandito Pa’).”

Rodrigo Dar, Ed. D: “Every now and then, on Sunday mornings, we tune in to the broadcast of a Mass. But, one of the participating priests makes me fume. First, he refuses to use a lapel microphone and, instead, uses a handheld one that ‘disables’ his left hand.

“He can’t pronounce ‘body and blood’ correctly. At the point where Jesus is supposed to say, ‘This is my body…,’ he puts the primary accent on ‘my’ and the secondary accent on the second syllable of ‘body’ and ends up pronouncing ‘my buddy.’”

Billy Sienes, radio announcer: “Before the finals night on ‘The Voice Kids,’ I rooted for Darren Espanto to win the top plum. But, I had a change of heart after I saw Lyca Gairanod with the Aegis band during the finals. There was something special about Lyca that touched my heart. It wasn’t really her voice—it was her hard life that gave her voice, her songs and her stage presence a certain kind of soul.

“Tears fell down my cheeks when she wailed after she heard her name being declared grand champion. When she started looking for her Mama, I couldn’t help but cry with her. Lyca deserved to win!”