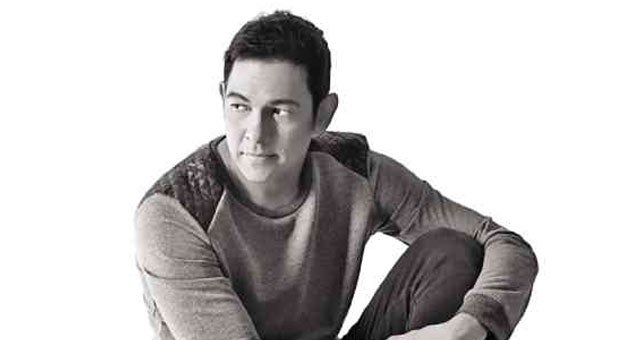 THE PERFORMER says he’s one of the few Filipino artists privileged to work with his children.

Gary Valenciano’s two-night concert “Arise: Gary V 3.0” last April is having a repeat Saturday. It is a father-son collaboration, with the music artist performing onstage and his eldest son Paolo running the entire proceedings as director.

Does it feel awkward to be receiving orders from his son? Not at all, said Gary, and neither does he feel the need to set aside his personal relationship with Paolo during work.

“I never forget that we’re father and son because I’m one of the few [Filipino] artists who have the privilege of working with his kids,” Gary told the Inquirer at a recent press con for the repeat performance, set at the SM Mall of Asia Arena.

What Gary loves about working with Paolo—who used to front the Christian alternative band Salamin—is his son’s uncanny way of making him step out of his comfort zone. “He doesn’t just watch my performances; he also observes how they affect audiences,” Gary said. “I listen to him with an open heart and mind. “We always try to see where each is coming from,” he said.

“Sometimes Paolo doesn’t want me to talk too much. But at times I need that breather, especially when I do three fast songs in a row. And he understands,” Gary explained.

Paolo jested that he doesn’t really direct his father—he just “sort of manipulates” him: “When I want to make him do something that he’s not too comfortable with… I rave about ideas until he subconsciously falls in love with them.”

It’s his responsibility to come up with strategies befitting his father’s quality of work, Paolo said. “I have to do things with the same level of excellence that he imposes on himself.”

Paolo said they are both approaching the repeat concert with a lot less pressure, having seen that their formula worked in the previous shows. This time, he said, he could focus on coming up with fresh touches for the show.

“Since our team knows the ins and outs of the concert already, we can try more daring stuff, technically. I’m more excited than nervous. I’m less stressed, too,” Paolo said.

With a larger venue and stage this time around, Gary said, the concert will likely have a bigger band onstage, which will feature a horn section. Besides these, he said, the “ingredients” of the show will stay pretty much the same.

“If it’s not broken, why fix it? We’ll just put in a little more to it,” Gary said of the event which will also serve as his birthday concert (he turns 50 on Aug 6). “We’ve received requests from a lot of people who want to experience the show again. I just want to give everything I can.”

Aside from such audience favorites as “I Will Be Here” and “Sana Maulit Muli,” concertgoers can expect to hear some of Gary’s definitive hits from the 1980s and 1990s, spruced up with new arrangements.

“It was nice seeing in the previous shows that some of the younger members of the audience were moving to the music,” he said.

The show will also feature performances by Gary’s youngest son Gab and daughter Kiana. Other guests include Rico Blanco, Iya Villania, The Manouevers, and Sam Concepcion.