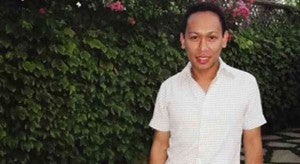 LOS ANGELES—From his humble beginnings in the Philippines, Jhett Tolentino rose to become the third Filipino, after Lea Salonga and Robert Lopez, to win in the Tony Awards—three Tonys, in fact. Last June, he won Broadway’s biggest prize as coproducer of “A Gentleman’s Guide to Love and Murder” (Best Musical), “A Raisin in the Sun” (Best Revival of a Play, which stars Denzel Washington) and last year, “Vanya and Sonia and Masha and Spike” (Best Play).

With Joan Raffe, his partner and co-producer under their Joan Jhett Productions LLC, they are bringing David Byrne and Fat Boy Slim’s acclaimed show on the life of Imelda Marcos, “Here Lies Love,” to London and San Francisco. More details about the West End production at www.nationaltheatre.org.uk/shows/here-lies-love.

Their current Broadway investments include “Honeymoon in Vegas,” “The Elephant Man” (with Bradley Cooper), “Kinky Boots,” “Matilda” and “Cinderella.”

Below are excerpts of our email interview with Jhett, an Iloilo native, whom we met recently through designer Oliver Tolentino and his business partner, Andrew Caruthers.

Please share your journey to becoming a producer of award-winning shows on Broadway.

I started seeing Broadway shows in 2004. Not religiously at first. In 2009, I started a blog about the shows I saw. That’s basically how it started. I have seen almost 1,000 shows since then. I have all the Playbill copies.

From blogging, I was introduced to producing as I met theater people in events and parties. Joan and I started investing in 2011. We debuted as producers in late 2012, won our first Tony in 2013 and won two more last June.

When is “Here Lies Love” opening in London?

Will you be tapping the same director, Alex Timbers, for these new productions (of “Here Lies Love”? 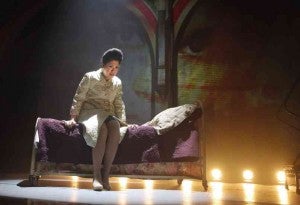 We have no plans to replace anyone in the creative team. They are all visionaries and excellent at their jobs.

Are you involved in the auditions? Will there be a separate cast for London and San Francisco?

I am not involved in the auditions; our casting director, Tara Rubins, and our director, Alex Timbers, are. For the London cast, it has been announced that Natalie Mendoza will play Imelda Marcos; Mark Bautista, Ferdinand Marcos; Dean John-Wilson, Ninoy Aquino; and Gia Macuja Atchison, Estrella.

As for the San Francisco cast in an early 2015 production, the casting will be held this fall or winter.

What was your reaction when you first saw the show in New York? How many times did you see it?

I saw the world premiere at the Public Theater in April 2 last year. I saw it 10 times. I cried each time, because this was my childhood. I was in first grade when Ninoy was shot. I was in fourth grade when the Marcoses fled the Philippines.

When I was approached by Joey Parnes to coproduce the show, it was a no-brainer.

Why do you think the show resonated so well with the critics and the audiences?

There have been a few attempts to stage a show about Imelda Marcos but nothing took off. With “Here Lies Love,” it’s a total package. We have this story about an iconic public figure, combined with music masters David Byrne and Fat Boy Slim and the visionary Alex Timbers.

Will you be making major changes to the show?

No. The show is intimate and perfect in all aspects.

What are some of your most memorable moments as part of a producing team that won Tonys?

Off the top of my head: When I saw “Vanya and Sonia and Masha and Spike” (VSMS) at the Lincoln Center’s Mitzi Newhouse Theater, I couldn’t believe that the show was not on Broadway. The show’s transfer went so fast that nobody believed it happened. But it did.

When VSMS won the 2013 Tony Best Play award, there were 13 new plays that season. Tom Hanks was in “Lucky Guy” and Nathan Lane was in “The Nance.” Some speculated that we didn’t stand a chance [of walking up] the Tony awards stage at the Radio City Music Hall. I was shaking all the way to the stage.

Also, my involvement with “A Gentleman’s Guide to Love and Murder.” That was the only script I read that I never took a break from. I was on a flight from New York to LA, throwing my head back laughing all the way. The other passengers thought I was crazy.

What was the first stage show that you watched?

“Miss Saigon” [at the Cultural Center of the Philippines] in December 2000. I flew from Iloilo to Manila and found a single ticket, which I bought three times its face value. It was Lea Salonga’s final performance as Kim. It was worth it.

In your years in this field, what  was the biggest challenge that you have faced so far?

Developmental work is the biggest challenge for me. It feels great to discover talent but, financially, it is restrictive.

Another challenge is raising funds for a show. Joan and I only have each other. To invite another producer to join is never easy.

If someone had told you 15 years ago that you would be an award-winning Broadway producer, the third Filipino to win a Tony, how would you have reacted?

“What drugs are you on?” would be my only question. Fifteen years ago, I had six jobs at the same time, working in Hong Kong, Iloilo and Antique. No way would I have thought I’d be where I am right now.

Do you, as an Asian-American, still occasionally encounter resistance in the theater world?

I did experience that in the beginning. Not anymore. New York is too diverse for that now. As a producer, it is rewarding when people tell me they will follow Joan and me in whatever shows we produce.

What are your dreams and goals?

I would like to import Broadway shows across the globe as my long-term goal, of course, bringing the Filipino talent with me.

I cannot forget where I came from—a squatters’ area with no running water until I was 21. But I do not let it define me.

U.S. will accept mixed doses of vaccines from international travelers