Lyca can go to school now 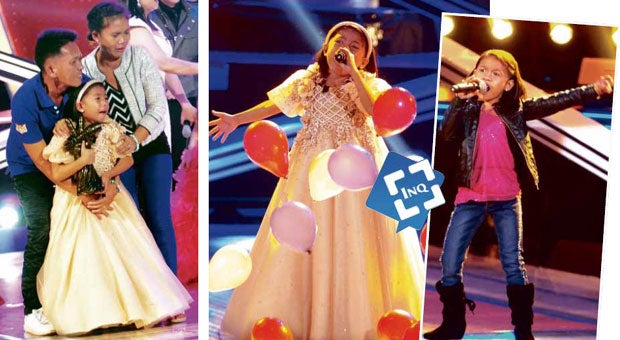 LYCA (from left) with her overwhelmed parents, clutching her trophy; belting her victory song “Narito Ako”; and performing the number that seemed to have clinched the votes, Aegis’ “Basang-Basa sa Ulan.”

Grand champion Lyca Gairanod of “The Voice Kids” cannot read. She learned the songs she performed on the talent search program just by listening to them.

Life will soon change for this 9-year-old belter from Tanza, Cavite. She bagged the P1-million cash prize (tax-free) during the program’s finale on Sunday night. 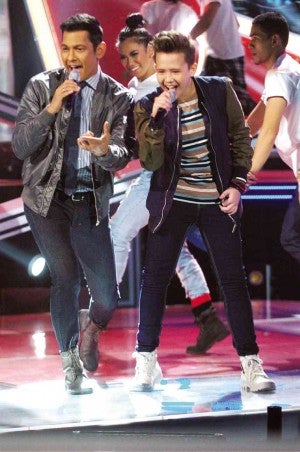 Lyca’s mother Maria Nessel said she could now send her daughter, the fifth in a brood of eight, to school. “She really wants to study. She had a hard time speaking and understanding English during the show,” Nessel said in Filipino.

Even Lyca’s coach, Sarah Geronimo, said she did what she could to help the kid, who had to sing Canadian singer Carly Rae Jepsen’s “Call Me Maybe” during the live performances on Saturday night.

Lyca was also given a trust fund worth P1 million, a house and lot, a one-year recording contract with MCA Universal, a home appliance showcase and a musical instrument showcase.

Lyca was 6 when her mom discovered her singing talent. “We make a living by collecting and selling junk. She would sometimes surprise me by bringing home food or money—from our neighbors, she would say, who have asked her to sing,” said Nessel in an interview after the finale at Resorts World Manila in Pasay City.

She said Lyca once asked her permission to join a singing contest during a town fiesta, and the girl ended up winning the top prize. “That’s when we discovered she could be a 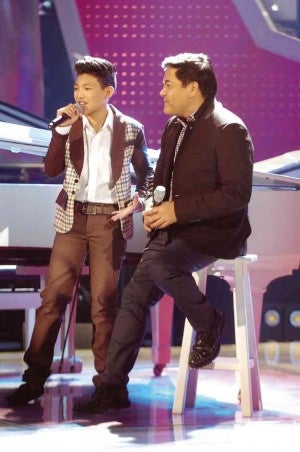 professional singer,” she told the Inquirer. “I still don’t know what to do now that the show has ended. Meanwhile, I will cook for Lyca anything she wants!”

The mom added: “I’m very happy that she is realizing her dreams. She wanted for us to have a house of our own. Her father is a fisherman and we live near the coast. We have to leave the place whenever the sea swells as a result of bad weather.”

Nessel recalled her conversation with Lyca the night before the championship. “She asked what would happen if she lost. But she also told me not to worry, she’d keep joining contests. She said, ‘Okay ka lang mama? Huwag ka iiyak ha?’”

For Sarah, Lyca won not just because viewers took pity on her: “She has the talent—we can’t deny that. She was able to show everything she had, especially during the final round of the competition,” the coach said. 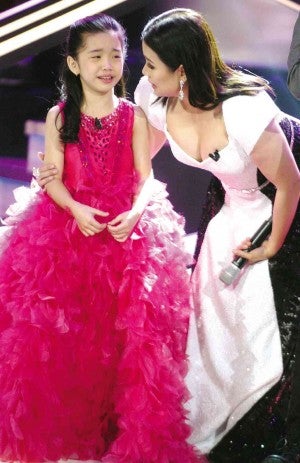 Lyca got a standing ovation for her performance, with the group Aegis, of the hit song “Basang Basa sa Ulan.” During the blind auditions, Lyca already impressed the coaches with her rendition of Aegis’ “Halik.” Coach Lea Salonga even said Lyca reminded her of the young Nora Aunor. Since then, Lyca was dubbed the “Little Superstar.”

Sarah said there was no other choice to perform with Lyca but the iconic pop-rock band. “The members of Aegis said they were amazed by

Lyca’s talent. They told me that she reminded them of their humble beginnings,” the singer-actress said.

She added that she had difficulty campaigning for her two wards, Lyca and Darren. “I love them both. They both deserved to win. They were actually the viewers’ favorites. I will continue to support them after the show. My whole family has come to love the two kids.”

The finale, hosted by Luis Manzano and Alex Gonzaga, also featured performances by Darren with Martin Nievera (“You are My Song”), Juan 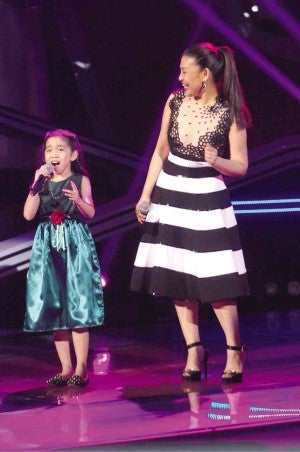 Karlos with Gary Valenciano (“Eto Na Naman”) and Darlene with Lani Misalucha (“You Don’t Have to Say You Love Me”).

The Final Four and their coaches were also part of the opening number that likewise featured “The Voice of the Philippines” Season 1 grand champ Mitoy Yonting and finalists Klarisse de Guzman, Myk Perez and Janice Javier.