Two for the ‘maindie’ movie show 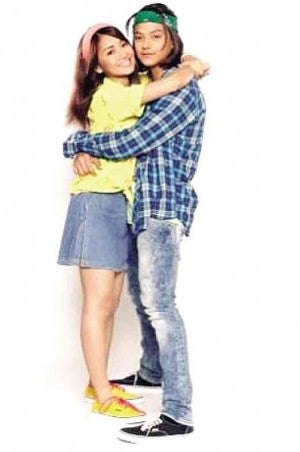 The recovering Filipino movie industry is coming up with more productions these days, most of them “indie,” but only a few of them manage to get playdates in local cineplexes, which continue to favor across-the-board releases of Hollywood blockbusters, like the “blanket,” near-total dominance of the new “Transformers” sequel in the last week of June.

They may not be “pure” indies, more like the new combination of “mainstream” and indie now known as the “maindie,” but to have two of them raring to regale viewers at about the same time is still a remarkable and encouraging occurrence.

If this is a sign of better things to come for homegrown film productions, bring them on!

It’s a heartening development that local movie production is picking up—but, the upbeat mood won’t really amount to much more than a molehill of monggo beans if local viewers don’t make it a point to patronize these productions.

Let’s fervently hope and pray for good movies that warrant our all-important support and patronage!

“Overtime” was viewable because Richard stepped out of his usual, constricting thespic box, playing not his usual hero and boy-next-door signature role, but a darker, nastier and even more “dangerous” screen persona for a change!

Of course, intention is one thing and actual achievement is quite another—but Richard’s “transformative” big-screen starrer deserved the fighting chance that it got.

As for Daniel Padilla and Kathryn Bernardo’s new film, “She’s Dating the Gangster,” what makes this production particularly viewable is the fact that it’s based on a popular local teen romance—with a decided edge and bite.

The movie’s trailer elicits curiosity and some excitement, because its visuals are especially funky and edgy, with director Cathy Garcia-Molina taking great pains to cast her two leads in decidedly atypical roles.

It certainly wouldn’t hurt if “Gangster” turns out to be one of the biggest Filipino film hits this year! The signs are good, because Daniel and Kathryn have been a consistently reliable TV-film draw thus far. It’s still in local cinemas as we write, so it clearly has made a big impression at the tills.

Only when a local movie does as well as an imported blockbuster at the box office will people be impressed enough to view our homegrown productions on a regular basis, like they used to do many years ago.