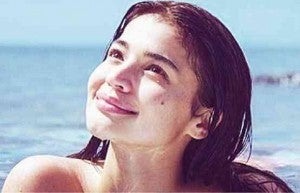 CURTIS. Endearing and accessible in an uncloying way.

A full month before “Dyesebel” ended its extended run last week, its plot progression had become so hectic, complicated and high-strung (to keep viewers fixatedly interested) that we wondered what more it could come up with to make its finale even more eventful and amazing.

Well, that finale finally transpired last July 18, and we can report that, despite its best and most frenetic efforts, the series couldn’t top what had already happened before.

As a result, the finale was long on “retroactive repentance” and forgiveness, but fell short in terms of “fit for finale” showstopping events.

Oh, the series’ final telecast did feature the death scene of Liro (Sam Milby), who was felled by a bullet intended for Dyesebel, who herself ended up at death’s door. And the fervently longed-for peace between men and mermen was finally attained, after a long concluding battle.

All told, however, these penultimate and ultimate events did not a slam-bang finale make. In addition, the retroactive remorse shown by the series’ resident villains, Zsa Zsa Padilla, Andi Eigenmann, Milby, et al., was nominal—and the “punishment” they received for their numerous sins was woefully insufficient—nonexistent, even.

Just goes to show that, for all of its fervent avowals, the show wasn’t really all that serious about making its melodrama and the “lessons” learned therefrom genuinely believable, significant and real.

In terms of thespic achievement, the series was generally a success for Anne Curtis as Dyesebel, due to her puckish penchant for making her assigned character endearing and accessible in an uncloying way.

Milby also evinced some progress in his effort to speak Filipino passably well, although it still rankles to realize that it took him years to finally bite the bullet in this regard.

Dawn Zulueta also did well enough as Dyesebel’s “birth” mother, but Ai Ai delas Alas was a raspy-voiced insufficiency as her adoptive mater.

Other less than striking and convincing portrayals were turned in by Gabby Concepcion and Albert Martinez.

Sadly, the series’ biggest loser in terms of thespic advancement is Andi Eigenmann, whose villainy was more “hissy-fit” petulant than actually fearsome. Otherwise a promising and lovely young performer, Andi should realize that, even if you’re playing “just” the villain and not the lead, you still can’t take kneejerk shortcuts and you’ve still got to make your portrayal  real and felt.

Another disappointment was young male lead Gerald Anderson, who did well in his previous series, “Budoy,” but was strangely benumbed and benumbing here. What seems to be the problem?

Perhaps he was too focused on being the female lead’s handsome and gallant consort, and glossed over the thespic obligation of making his character believable for himself and the show’s viewers?