Her own kind of closure | Inquirer Entertainment
Close
menu
search

Her own kind of closure 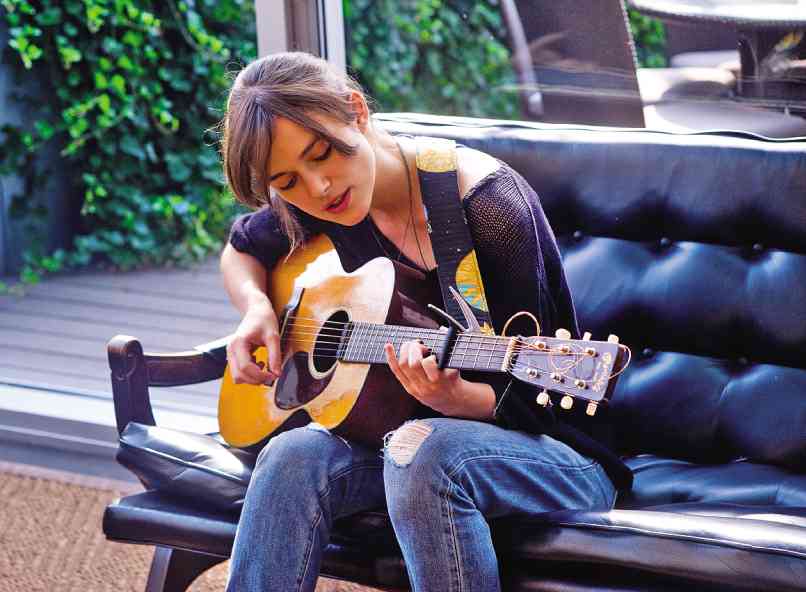 These are unconventional film times, so producers and directors are thinking out of the box and pushing back traditional boundaries, hoping to surprise and delight viewers into avidly patronizing their fresh and invigorating take on the same, old stories.

Take the romantic movie, for instance. For many decades now, it’s mostly been about a guy and a girl who fall in love, experience problems that pull them apart for a spell, but come back together again in time for the love story’s traditional Happy Ending!

That template had held firm all these decades, because it’s what people are looking for—but, it can’t be denied that it’s also become stultifyingly predictable and boring.

Now comes John Carney’s “Begin Again,” which decidedly doesn’t follow that age-old formula for love stories, and instead invites viewers to consider this alternative view of life and love:

Keira Knightley plays a songwriter whose boyfriend (Adam Levine) has just become a hit singer; he has a fling with another woman, and Keira is forced to break up with him. Utterly at loose ends, she meets a divorced man (Mark Ruffalo) who used to be a top record producer, but is now a sad shell of his former self. He likes her songs and singing, and offers to produce an album for her. —But, with what? he can’t even pay for the bottles of beer they’re drinking!

And yet, despite her own humongous problems, Keira’s character ends up giving him a chance to prove that he’s still got it—and, what do you know? He does!

The fact that this one person whom he’s just met is willing to gamble on his ability to turn his sad life around is all he needs to see that he’s worth saving, too.

And, in so doing, he is finally able to reconnect with his teenage daughter (Hailee Steinfeld) and his ex-wife—so, life turns out to be great for him, this second time around—thanks to Keira’s character’s “impulsive” act of faith in him.

But, what about her? In the usual love story for the movies, part of the healing would involve these two bruised losers falling in love with each other, and creating a new and better future for themselves—together.

But, lo and behold, no such thing happens! They’re good for each other, but not as lovers. —So, how do you like them apples? That’s a twist, right?

With no formula and predictably romantic Happy Ending to act as “crutches” to lean on, the adventurous viewer is forced to consider other less predictable options for closure in the movie story—unexpected options and outcomes, which are precisely the sort that real life loves to surprise and even shock us into a new realization with!

The viewer who likes safe parameters and outcomes could get irritated by all these unexpected imponderables, but more venturesome moviegoers will welcome such zingers from way out of left field, because they are more potentially exciting and enriching than just going through the usual viewing motions.

Yes, it’s potentially perplexing and unnerving, but given the narcoleptic stuff that we often get to view these days, unnerving is good!

So, what happens to Keira’s character? Her big-star ex-boyfriend sees the error of his ways and wants to resume their romance—but, will she agree?

There may not be an official Happy Ending here for her, but one thing’s for sure: At this film’s final fade, she’s ready, willing and absolutely able to “Begin Again!”