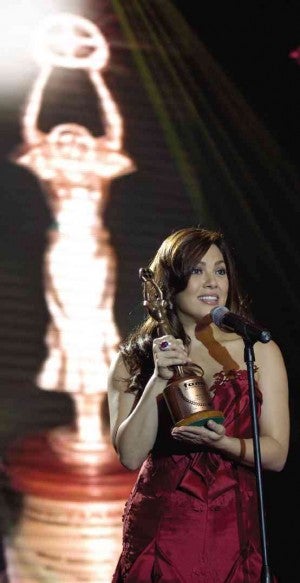 “I’m happy for him,” said best actress winner KC Concepcion of her ex-boyfriend Piolo Pascual, also an awardee at the 62nd Filipino Academy of Movie Arts and Sciences (Famas) awards rites on Sunday.

Concepcion, cited for her work in Chito Roño’s “Boy Golden: Shoot to Kill,” said she did not see Pascual, who was present during the event at Solaire Resort and Casino Manila in Parañaque City, accept his Fernando Poe Jr. Memorial Award.

“Thank God for the blessings that were disguised as challenges,” Concepcion, dressed in a red tube gown by Cary Santiago, said in her acceptance speech.

The actress said everything about her role as Marla Dy in “Boy Golden” was challenging. “I accepted the project because I trusted the director (Roño),” she added.

“Boy Golden” is loosely based on the life of notorious 1960s gangster Arturo Porcuna. Ousted Laguna Gov. ER Ejercito, who plays lead, was declared best actor and also received the Grand Award for his work as a public servant.

This best actor trophy is Ejercito’s eighth. He considered it special, he told the Inquirer, because “the event organizers said I’m the first to have won the Famas best actor award for three straight years.” 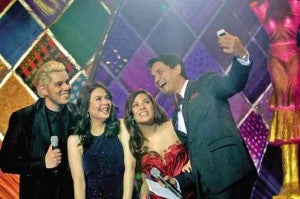 Best picture and best director awards were handed to the action-thriller “On the Job (OTJ)” and its creator Erik Matti. It also won for Matti and collaborator Michiko Yamamoto the best screenplay and best story awards. 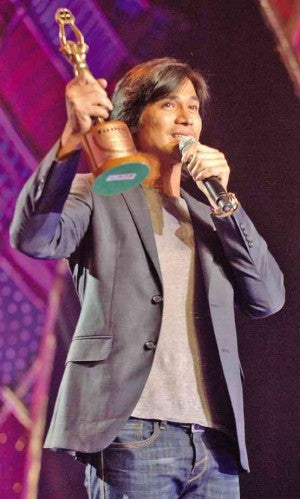 Lead star Pascual said he wasn’t surprised by the movie’s wins. “It’s a privilege to have been part of it. I believed in the project from the start.”

Pascual described Matti as “[a director] in a class all his own—ambitious, gritty, unafraid.” 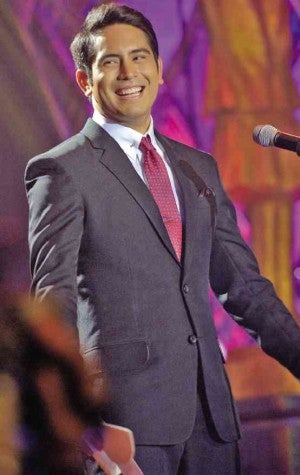 Concepcion and fellow Kapamilya talent Gerald Anderson were proclaimed Male and Female Celebrity Stars of the Night. Anderson also won the Male Movie Star of the Night award, with Valerie Concepcion as his female counterpart.