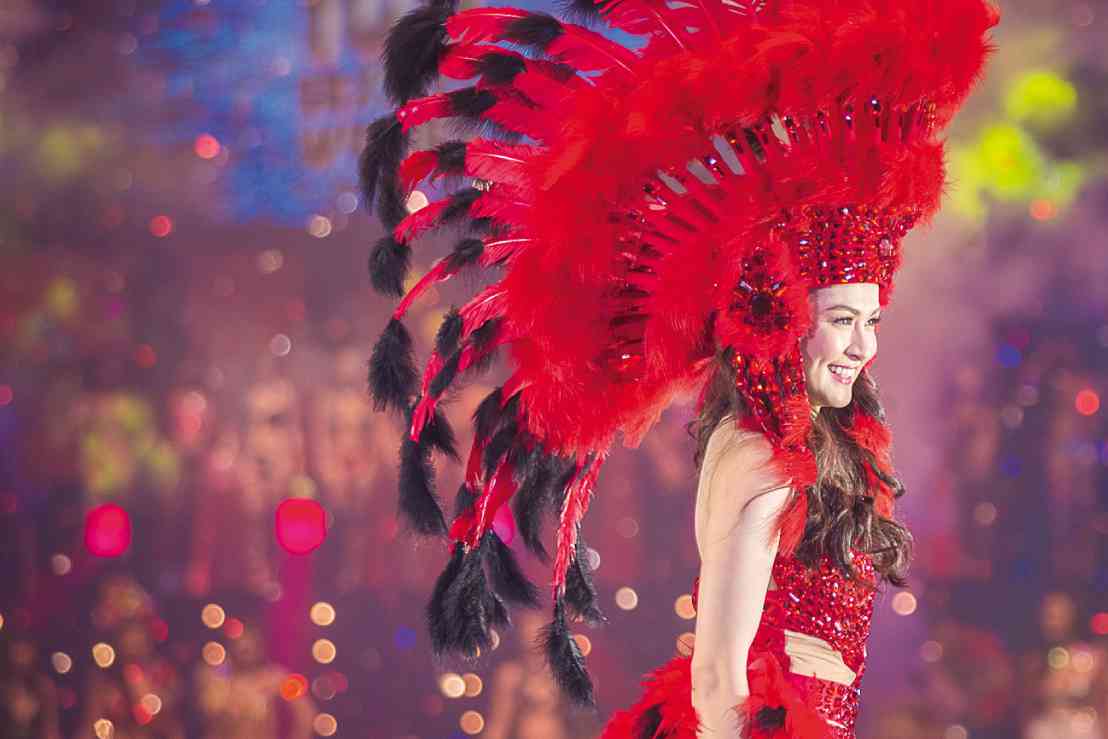 Ask any female celeb to define “sexy.” Chances are, she’ll say it’s a state of mind—that it’s not so much about having a great body as being confident in carrying herself.

As cliché as that may sound, there’s a lot of truth in it. At the recent FHM 100 Sexiest Women in the World 2014 victory party at the World Trade Center in Pasay City, the women who drew the wildest cheers weren’t the most amply endowed or the ones who bared the most skin.

Those who exuded the most compelling presence took the stage that night like they were, indeed, the sexiest. 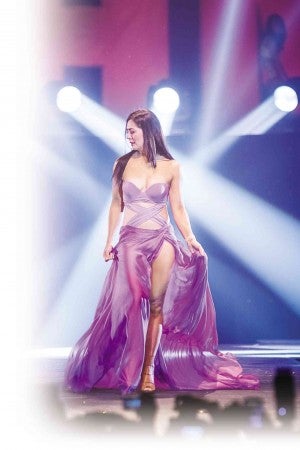 ALICE Dixson, No. 7, draws more hoots and roars than many younger colleagues

Actress Alice Dixson emerged in a flimsy gown with a lengthy slit and cutouts around her trim waist—modest, almost, since the girls who went before her wore next to nothing.

But with a brisk and self-assured strut and a smoldering stare, the 44-year-old former beauty queen had the testosterone-heavy audience hooting and roaring louder than it did for girls half her age.

And that’s despite having to wrestle with a top that threatened to slip down midway through her walk.

Alice was in seventh slot of the magazine’s annual list but, with the response she got, the TV5 talent could well have been No. 1.

Bangs Garcia, No. 12, was also met with shouts of approval. Wearing a form-fitting long-sleeved dress in the first of two walks, the sultry actress worked the triangular runway, occasionally bending forward to give high fives and shake outstretched hands of the men in the mosh pit.

Asked if she was comfortable being ogled by overzealous hordes, Bangs, who later changed into something skimpier, said: “Not as nervous as I was in the first and second [FHM] shows that I did. I’m used to it now; I enjoyed myself more.”

Michelle Madrigal, sleek in a red one-piece suit, threw her fist in the air as she sauntered down the runway. Longtime FHM favorite Diana Zubiri looked like a sci-fi villain in a blue costume with matching stockings ripped at the right spots. The voluptuous Ehra Madrigal has put on some weight, but she nonetheless brimmed with confidence as she flaunted her curves.

Perhaps the biggest surprise of the night was the openly lesbian and former “Pinoy Big Brother” housemate Divine Maitland-Smith. She was ruggedly hot in denim jeans and a loose white tee that revealed a sleeve of tattoos on her right arm.

Their fantasies seemingly tickled, the men hollered for the Filipino-British reality star to lose her top. No dice. 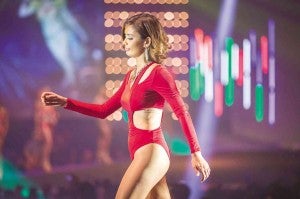 Also setting the stage ablaze were local bands Pedicab, Kjwan, Wolfgang, Razorback and Urbandub, which pumped the air with potent rock music as bevies of seductive women in varying degrees of undress sashayed before a sea of craned necks and cameras furiously clicking away. 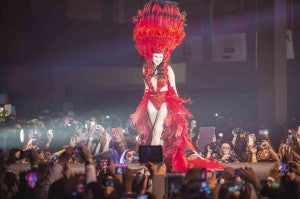 MARIAN Rivera is No. 1 for the third time in a row.

Marian Rivera was hailed FHM’s sexiest for the third consecutive year. The 29-year-old Kapuso actress, who first topped the list in 2008, notched 1.5 million votes in the 2014 poll. It was easy to see why.

Last year, the Filipino-Spanish star turned up as an angel with elaborate golden wings; this time she was in a fiery red costume and headdress heavily decked with feathers. Shapely legs in full display, she walked slowly, surveying the mad crowd, pausing every so often to bask in the adulation and the flashing of camera lights.

Unlike many of the other women whose idea of looking sexy was biting their fingers or sticking out their rears, Marian simply flashed her megawatt smile. That was more than enough. 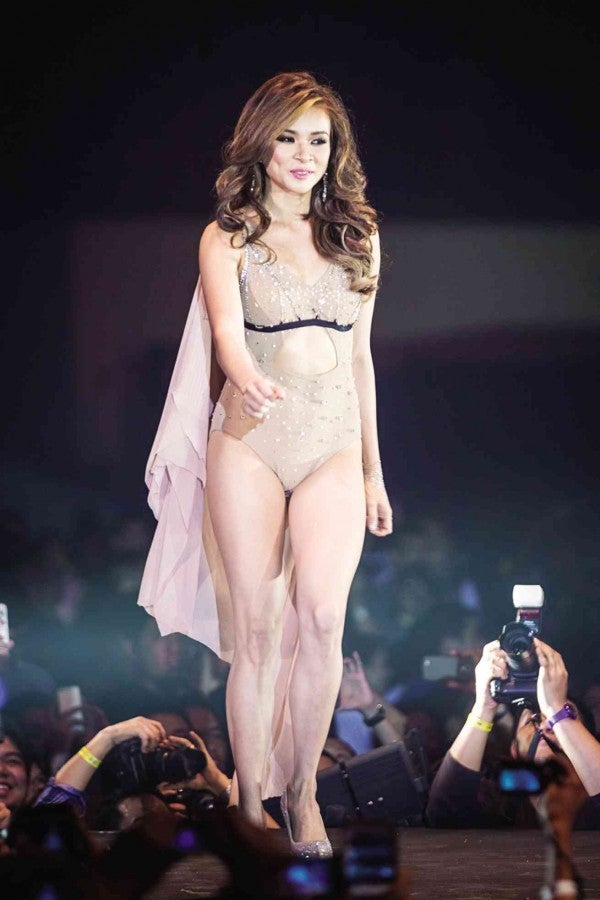 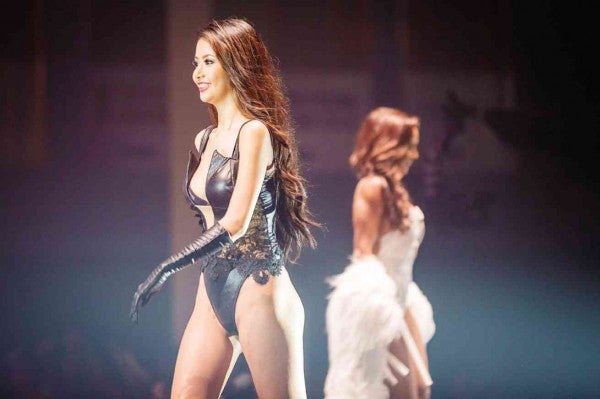 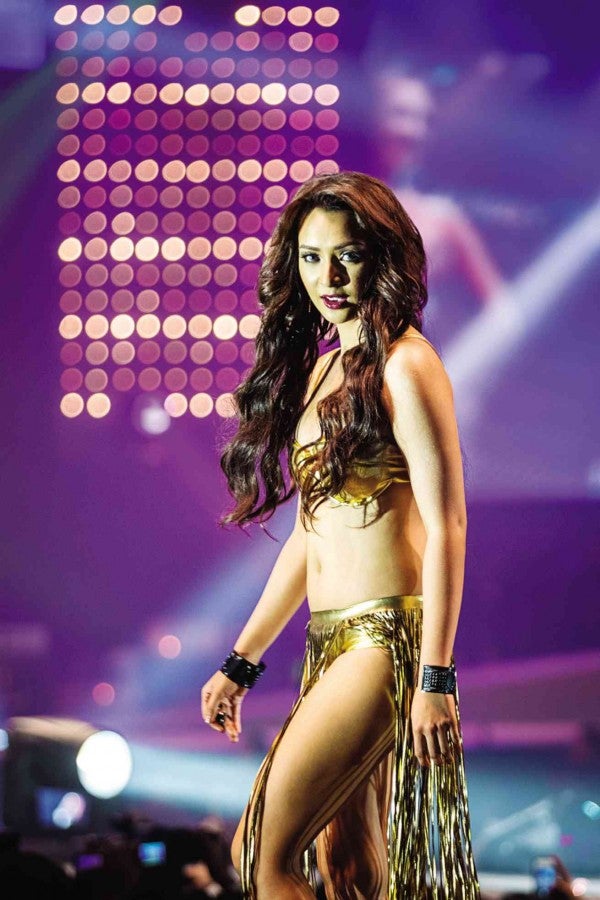 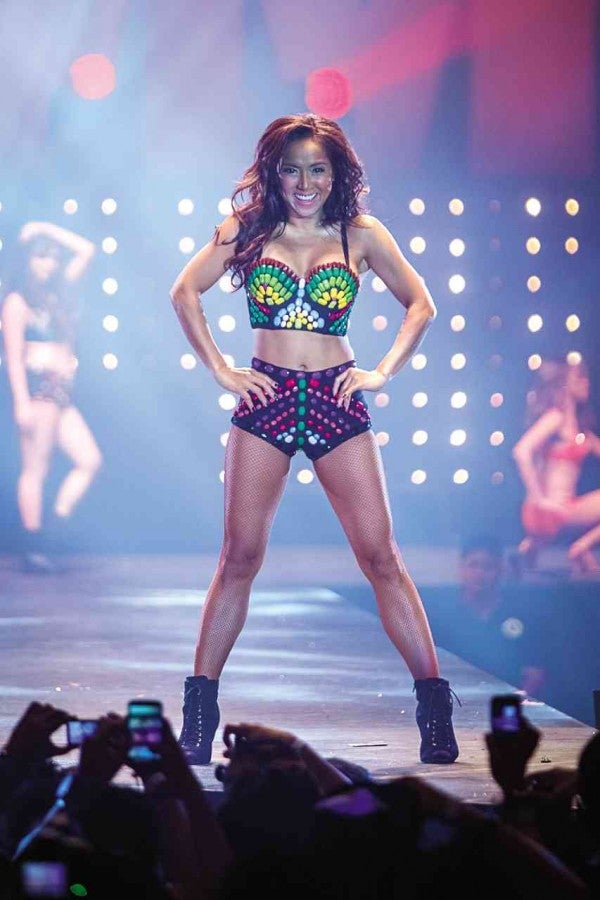 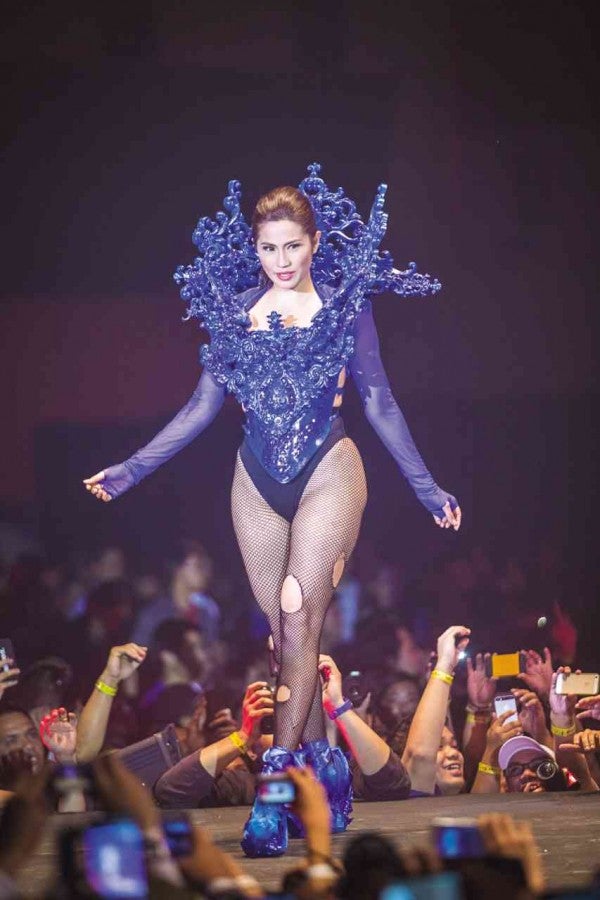 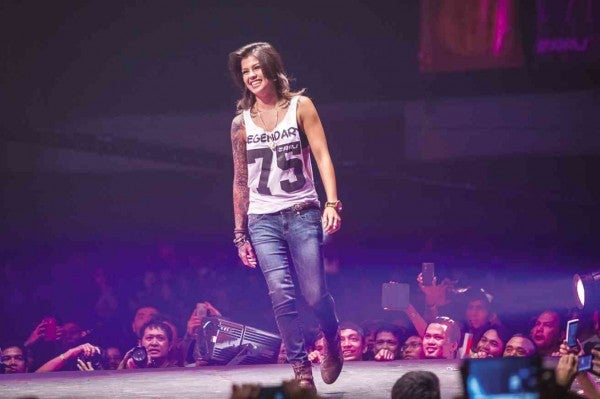 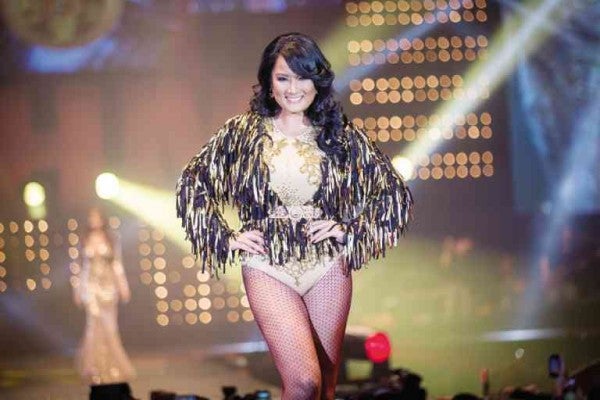 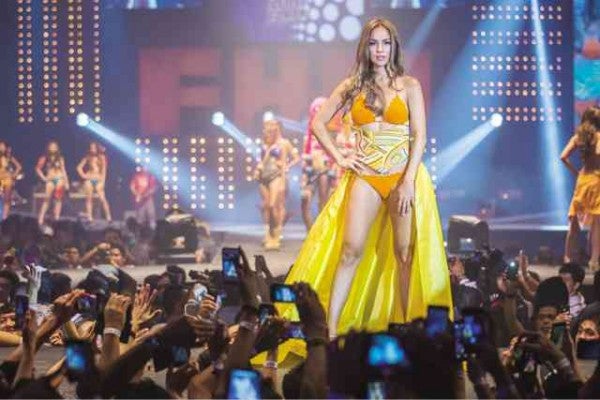 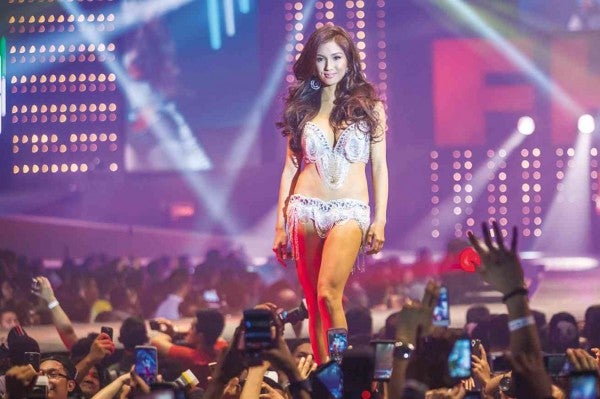 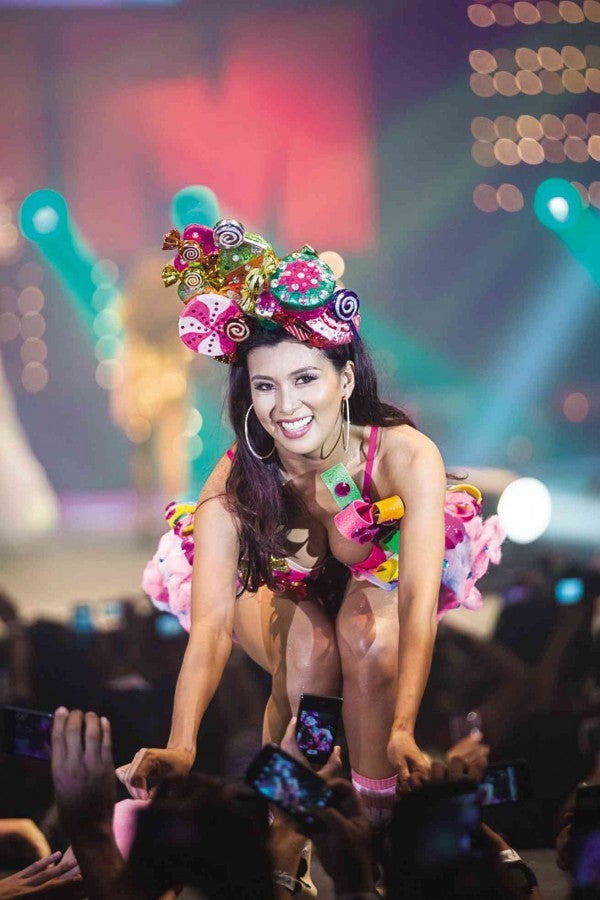