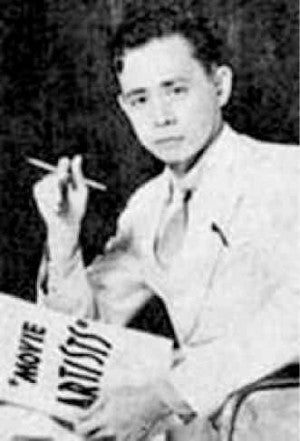 The ongoing furor over Nora Aunor’s noninclusion in the new list of National Artists calls to mind a similar experience we had many years ago, when theater pioneer Wilfredo ‘‘Freddie’’ Ma. Guerrero was similarly passed up for the signal honor.

We joined Behn Cervantes and other colleagues in publicly expressing our disappointment at how the awards’ selection process had failed to give Guerrero his due. We met at the University of the Philippines’ Guerrero Theater—which, ironically, had been named after Freddie, as the university’s expression of gratitude and high regard.

As the public gathering of Guerrero’s “appreciators” heatedly progressed, some particularly incensed participants went onstage to share, in impressive detail, what they felt Guerrero had accomplished through the years and decades that had made such a big impact in their individual growth as artists, and on the theater  community and its audience as a whole.

How in the world could the awards’ screening committee have overlooked those contributions, which were made even more exceptional by the fact that Freddie was writing, directing and teaching before practically anybody else?

For our part, we were there because we had appreciated Guerrero’s productions through the years, and had found them impressive when compared to the efforts of most of his pioneering contemporaries, which tended to be too arty for comfort. In admirable contrast, Freddie’s work was solid but never “for show,” or to make an esoteric or abstruse impression.

More personally, we felt strongly about Freddie’s getting the National Artist award right away rather than later, because we knew that, upon retirement, he had been practically reduced to poverty. He was eased out of his on-campus domicile and was at wit’s end trying to cope with his basic expenses and medical bills.

Guerrero bore his sad lot with grace and dignity, but we knew that he was hurting, so the pension that came with the honor would be most welcome!

Alas, after that long and passionate public expression of disappointment, Guerrero still didn’t get the prized award. But, it had a bracing  impact on everyone present and those who read newspaper reports about it.

Even more movingly, the public forum ended up as an “alternative” conferment of National Artist status on Guerrero by his fellow artists, a sort of people’s recognition of excellence that Guerrero deeply appreciated.

Most significantly, the SRO public gathering prompted some decision-makers to reexamine Guerrero’s contributions and see them in a new light.

As a result, his “case” was more judiciously reconsidered—and, on another cycle of the awards’ selection process, he was finally and officially hailed as a National Artist.

But, it was a bittersweet victory for Guerrero’s supporters, because Freddie had passed away in the interim, and was no longer around to savor the honor’s perks and psychic surge!

Most ironically of all, between the time he didn’t get the award and the time he finally did, Guerrero had done absolutely nothing new—so, if he was eventually deemed deserving of the honor, why in the world hadn’t he received it when he was still alive?!

We trust that Nora’s proponents won’t have to wait as long before they achieve their passionate objective!