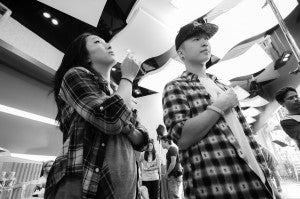 Song is more commonly known in the US and everywhere else in the world where PSY’s “Gangnam Style” was a thing because of his performance on “Ellen” with his mother.

What a lot of non-dance fans know is that Song is one of the brains behind America’s Dance Crew’s Kaba Modern and he has choreographed TVCs for international brands like Disney XD, Ford and of course, BonChon.

Dance has also taken Song all over the world. He’s been to Europe, Africa, Asia, Australia, North America, South America and recently, to the Philippines.

Song’s recent visit was his first in the country. The commercial marks a milestone not just for BonChon but also for the dancer.

Here it is, the BonChon DanceCrave: