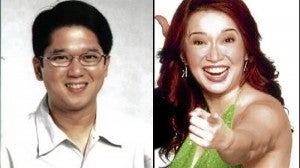 After saying last week that she hasn’t totally moved on yet from the relationship because she was still waiting for an apology, Aquino revealed on Sunday that Bautista personally went to her son, Bimby, to apologize.

She went on to imply that she was letting go of the idea of a happy ending with the politician.

Aquino said she was grateful that Bautista came into her life because she was able to prove to herself that she’s capable of loving unconditionally.

She wished her ex-flame good things and expressed hope that someday they will become friends again.

“I really wish that you get whatever it is that that will make you happy and complete as a person,” Aquino said.

Last April, Aquino confirmed that she was dating Bautista but two months later, the mayor said their relationship didn’t work out.