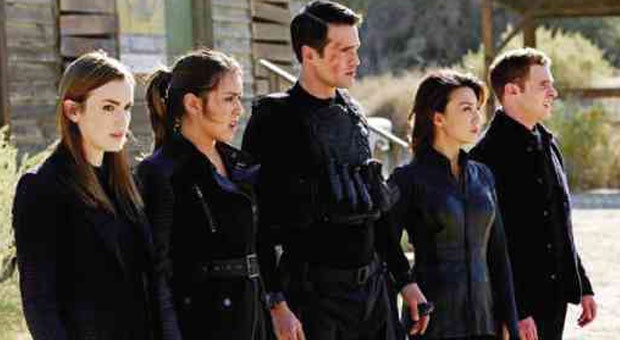 “Marvel’s Agents of SHIELD,” the 22-episode TV spin-off of Marvel Studios’ movies, gives fans of the blockbuster superhero films their action-suspense fix, if slowly. The show focuses on a small team under the agency SHIELD (Strategic Homeland Intervention, Enforcement and Logistics Division), a group of human operatives shining separately from the big, showy sci-fi-fantasy flicks. The show is cocreated by Joss Whedon (“Avengers,” “Buffy the Vampire Slayer”).

Like many Whedon endeavors, there is an almost-consistent balance between mostly flippant dialogue and intelligent storytelling, although there have been a few misses, episodes that dragged due to various factors. Still, the season-long arcs merge quite fantastically near the end, rewarding those viewers who stayed despite some less-than-stellar chapters.

The show expands Marvel’s live-action universe by centering on Coulson, who was slain by Loki (Tom Hiddleston) in “Avengers.” The mystery of his resurrection is very gradually explained, a puzzle that is answered fully by the season’s end. 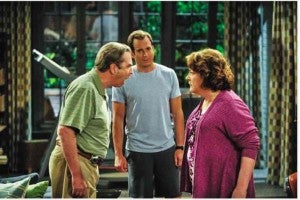 BEAU Bridges (left), Will Arnett and Margo Martindale in “The Millers”

Events in the “Captain America” sequel, “The Winter Soldier,” have direct and lasting impact on the story lines: The revelation that SHIELD has been infiltrated thoroughly by terrorist Hydra agents gives the series a good jolt, granting viewers the twists they have patiently been waiting for.

The big-budgeted show, while swimming in fancy effects and nicely choreographed punch-a-thons, relies heavily, and benefits greatly, from its dynamic characters, whose loyalties and fortitude are tested by the ordeals in the last few episodes of Season One. In typical Whedon fashion, there’s treachery and trauma, girl power, and heart-wrenching and fanboy moments galore. (De Caestecker and Henstridge, particularly, are really good actors, especially in the season-ender.)

While “SHIELD” started rather unspectacularly but passably, it has gradually become what its creators intended it to be—its own intriguing individual saga that still connects to, and cleverly enhances, Marvel’s tight cinematic mythology.

The award-winning political drama “House of Cards” stars Kevin Spacey and Robin Wright as an ambitious and formidable power couple in Washington, DC. “House of Cards” airs Wednesdays at 9:55 p.m. 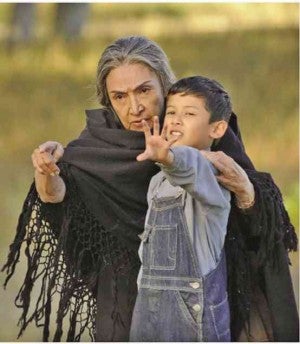 MIRIAM Colon and Luke Ganalon in “Bless Me, Ultima”

The competition heats up in the reality series “All-Star Celebrity Apprentice,” with new challenges assigned by tycoon host Donald Trump. It airs Monday nights at 9.

Based on the novel by Rudolfo Anaya, “Bless Me, Ultima” is the coming-of-age story of a boy, Antonio, during World War II. The youngster (Luke Ganalon) learns about the spiritual world from the enigmatic curandera named Ultima (Miriam Colon). It premieres tomorrow, 10 p.m. on HBO Signature.