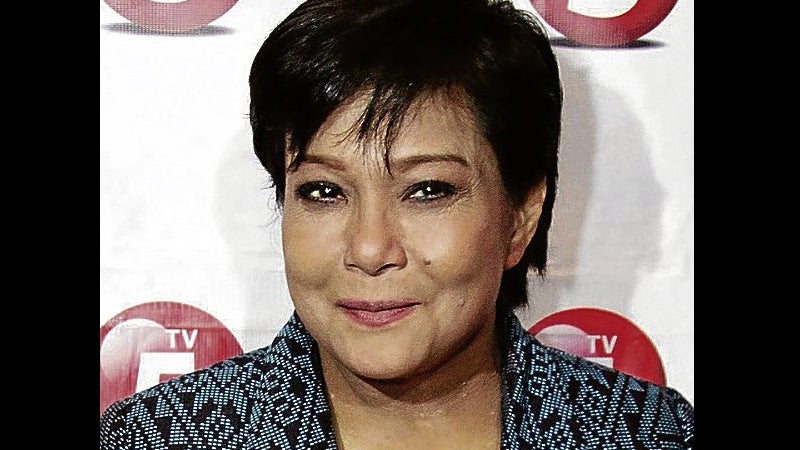 For months now, the arts and culture grapevine has been buzzing with rumors or reports about a new batch of National Artists imminently to be named, pending presidential approval of their official proclamation. As rumors had it, the new conferees would include Nora Aunor for film, Alice Reyes for dance, Francisco Coching for visual arts, Cirilo Bautista for literature, Francisco Feliciano for music and Jose Maria Zaragoza for architecture.

The “insider” info was as detailed as that, but expectant art buffs got perplexed and frustrated when more months passed—and no official confirmation was to be had.

What seemed to be the problem? More inside info: It was Nora’s conferment that was reportedly being reviewed and reevaluated, since there were some perceived “issues” related to it, like alleged cases involving substance abuse many years ago. Was this in fact the delaying factor? Nora’s loyalists protested the rumored caveat and urged her proclamation, posthaste.

Last June 20, the official proclamation of the new batch of National Artists was finally announced—and Nora’s name wasn’t among them. More protests are expected to ensue at this dramatic noninclusion, since quite a number of film buffs feel that, controversial involvements notwithstanding, Nora is fully deserving of the country’s top artistic honor.

Incidentally, it is not only Nora’s case that is turning out to be controversial, as some other new conferees’ inclusion is being questioned by some other reactors. For instance, Alice Reyes is indeed a gifted choreographer, but she’s lived and worked abroad for many years now. So, her inclusion opens up the attendant discussion to a revised view of what it means to be a National Artist.

In addition, Cirilo Bautista’s conferment is similarly being questioned by some, because his literary style is deemed relatively abstruse and inaccessible. And there are those who oppose Francisco Coching’s selection for visual arts, because they regard him as more of an illustrator than a creative artist.

As for the other conferees, they have been less controversial, possibly because they have flown “under the radar” thus far—but, that could change if and when other oppositors weigh in with their own ifs and buts.

Some people love steamy controversy for its own sake, but we hope that the storm of dissent brewing over the new list of National Artists will turn out to be less self-servingly divisive, and result in a more enlightening and enlightened discussion of the top artistic award’s continuing validity, value and pertinence.

Let’s rise above personal biases and more objectively focus on problems and issues, which have been swirling around the National Artist Awards for some three cycles now. Most notoriously the last time around, when four conferees were presidentially added to the official list, provoking a major scandal that incensed many artists, and ended with the tainted list’s dubious “additives” being officially discredited by the Supreme Court.

In the light of all of the attendant controversy, we urged the people in charge of the selection process for National Artists to defer discussions about new nominees, and concentrate instead of restoring the award’s tainted credibility by initiating much-needed reforms.

Unfortunately, that wasn’t done, so it’s instructive to see that the awards’ propensity for distracting controversy continues to this day, with some of its latest conferees turning out to be less than inspired and convincing choices. Indeed, if the selection process itself is in need of reforms, how could its latest outcome be overwhelmingly acceptable?

It’s not just the “Nora issue” that’s going to once again make the National Artist Awards controversial and contentious; other problems will be brought up again, because they have been swept under the rug rather than definitively confronted and settled. When will we ever learn?

Before we go into a discussion of those much-needed reforms, however, we should positively cite the people behind the 2014 awards for finally confronting and settling one of the issues that really rankled the last time around: Ramon Santos was cited for music, and yet his award was set aside by then President Gloria Macapagal-Arroyo to make way for the undeserving “winners” that she and her art advisors shoehorned into the process.

The new list of conferees includes Santos, belatedly giving him the honor that was peremptorily taken away from him. Congratulations all around—justice and honor have finally been upheld—and served.

Ramon Santos may yet be proclaimed National Artist in November

Who is National Artist-elect Ramon Santos?