The magic in Ghost Stories 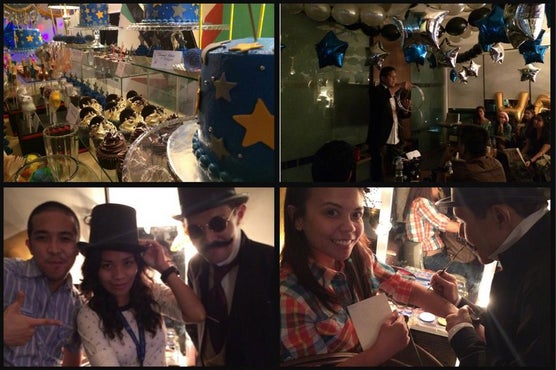 MANILA, Philippines – Over much hype over the Chris-Gwyneth-GOOP news of “conscious uncoupling,” finally the spotlight is once again focused on Coldplay and its brilliant styling in music that has charmed even those who didn’t care much about its frontman and his troubled personal life.

This time, it’s all about magic. 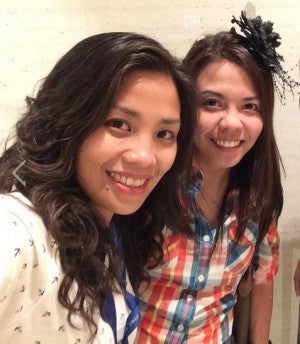 Magical is what best described how Warner Music Philippines launched Coldplay’s newest album, Ghost Stories, to the press last May 16. Opening up this one of a kind “listening party” to select members of the press and music enthusiasts, WMP presented the official music video of Magic, the title track off the Ghost Stories album amidst the feel of a circus atmosphere, complete with miniature carousel, balloons, and a life-size Chris Martin roulette.

With creative help from seasoned event organizer SanFo Treats, WMP treated its audience to a night of festive recreation that brought back memories of childhood spent inside carnivals and amusement parks—a collaborative idea born out of the visuals of the Magic video.

Simultaneously released to worldwide audience, the black and white music video for Magic featured Asian actress Zhang Ziyi opposite Chris Martin portraying lovelorn stunt performers inside a circus tent. It is a noticeably different take from Coldplay’s previous music videos from the Mylo Xyloto album, wherein colors, motions and emotions stand out dramatically as representation for the experimental music contained within the album, as in the case of their 2011 chart-topper Paradise and their surprise hit The Princess of China which featured R & B superstar Rihanna.

The single itself is a stripped down version of their earlier hits, veering away from the usual elaborately-layered sound that Coldplay has always been known for.

As expected from a Coldplay creation, Magic did not fail to impress the audience, giving the crowd the desire to explore more of the album’s contents after the video ended its play, most especially since it was public knowledge that much of the album concept came about during Chris Martin’s distressed phase in his relationship with Gwyneth Paltrow. 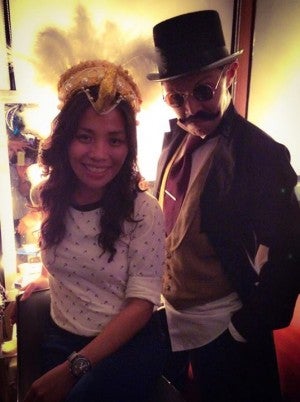 Face-painting at the Warner Music Philippines’ listening party, done by an artist in costume. Photo by Frida Dei Inolino

Aside from the musical showcase prepared by WMP, both press and Coldplay fans also got to experience an exciting interactive performance from veteran magician Nat Perez, whose amazing sleight of hand tricks pulled off in between comical lines and jabs enchanted the audience—a pleasure indeed for the crowd who surely knew how to appreciate humor and magic performed at the same time.

Notable in the event, too, were the extravagant snacks and desserts in varying pastel colors, such as the blue-frosted chocolate cupcakes, star-shaped gelatins and candied apples, which left everyone with a happy tummy and candy-colored lips.

Other activities in the event included face-painting and Tarot reading, the latter becoming one of the highlights of the night due to the long line it generated as a lot of members from the audience wanted consultation from a real Tarot expert.

Save for the news of Chris-Gwyneth split-up that happened this year, Coldplay’s three-year hiatus from the music and entertainment scene has left their fans wondering about the band’s direction. And like a reflection of their new song, just like magic they’ve once again appeared in the public’s eye, dazzling everyone with a new sound that’s good and solid for both old and new fans’ appreciation.