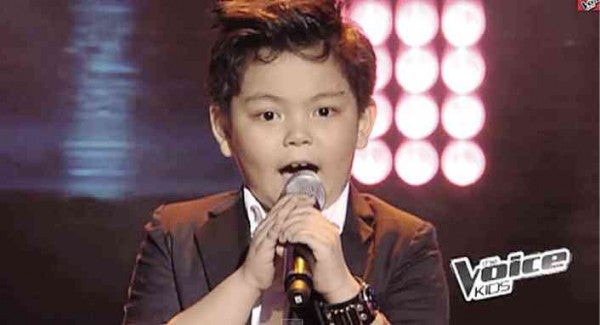 We caught ABS-CBN’s new singing tilt for children, “The Voice: Kids,” last weekend, and we’re properly impressed with the level of musical talent showcased in its ongoing “blind” auditions phase.

Truly, we are a people extravagantly blessed with more than our share of vocal gifts, and TV singing tilts should be lauded for bringing these precocious talents to the attention of a much wider audience.

We note, however, that quite a number of the kids who pass the blind auditions are already 10, 11 and even 14 years old. As singing competitions for children go, this is rather too mature and late in the day for “kids” to be discovered!

Yes, it takes years to hone a young talent’s ability, but youth should really be of the essence.

It would be better if the majority of the tilt’s child discoveries would be no older than 8.

Is this an impossible or implausible goal? If you watch other talent tilts like “MiniMe” and “Little Miss Philippines,” you can sometimes see wee singers as young as 4 years old come up with impressively precocious musical performances.

Granted, they may not be as trained or experienced as their “tween” counterparts, but they possess the pristine promise and innocence that viewers find so special about child performers.

Another relevant consideration is the fact that child stars’ careers are notoriously short-lived, so if a young singer begins his show biz career at 10, he really has only a couple of good and productive years before inevitable hormonal changes abruptly abridge his career as a child performer.

Other improvements include song choices that are more reflective of kids’ innocence and all-important sense of wonder—no languished  Shirley Bassey anthems about broken hearts and battered emotions, please!

Ditto for those trendily cynical  and “sexy” songs currently made popular by the jaded likes of Lady Gaga and Miley Cyrus! 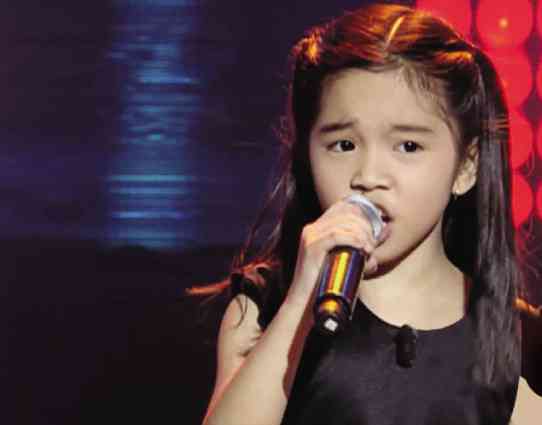 An aspect of “The Voice: Kids” that we like and find hearteningly enlightened is its relative lack of preference for ear-splittingly attention-grabbing birit performances.

Other singing tilts stress this shallow preference for sheer volume and golpe de gulat above all else, so it’s good to see that this new competition is scrupulous about underscoring other performance plus points like emotion interpretation, contrast and subtlety.

Summing up, we hope that, before the tilt’s mentors complete their lists of talents to be honed and trained for the show’s competition proper, younger singers will be found posthaste to lower the mean average age of the finalists the tilt showcases.

In the final analysis, this is what matters most in a singing contest for children, that the kids showcased are young and “pure” enough as talents to delight, amaze and inspire listeners with their precocious musical gifts!