From sitcoms to gag shows 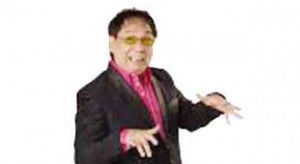 Some viewers are unhappy about the currently low level of local TV comedy shows. Time was when comedy programs on TV were mostly story-oriented sitcoms, or situation comedies, with emphasis on situation.

In other words, they told a story involving continuing characters in different comedic predicaments or conflicts that the episode would humorously deal with, and resolve.

Some new weekly sitcoms have been launched this season, like “Home Sweetie Home” and “Vampire ang Daddy Ko.” Still, they are much fewer in number than when “John enMarsha” and its impish, puckish ilk reigned supreme for many years.

Most of those sitcoms on local TV have been replaced by so-called “gag” shows—“Bubble Gang,” “Banana Split,” “Wow Mali”—etc.

This has sometimes been a step backwards in terms of actual humor, because the gag shows have junked the “spine” of continuing stories and characters, in favor of the more eclectic and undependable “anything and everything that could possibly make viewers laugh or even giggle” approach.

The trouble with gag shows’ scattershot and “wala lang” approach is that the individual “funny” bits don’t have a plot or character “peg” to hang on to or lean on for “structural” support. They fly or sink all by their tittering and teetering lonesome!

Not surprisingly, since they’re so all-inclusive, “pasa-todo” and laid-back, many of their attempts at humor turn out to be “TH” or prone to falling flat and flatulent—and not funny!

Instead of giggles or belly laughs, they elicit mostly groans and moans from outraged viewers, who are quite understandably 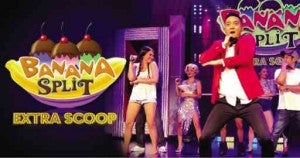 ticked off to see so-called show biz professionals do their work in so slipshod and lazy a manner.

This in turn betrays how little they think of viewers’ intelligence, and right to be effectively entertained. If “anything goes,” what standards are we talking about?

The disappointed and irked viewer’s best revenge is to treat inept, lazy or clueless TV “humorists” as disrespectfully as they are being served. If a gag show isn’t funny, they should switch channels, so that the program’s resulting poor viewership will reflect the lack of popularity—and the inept production will consequently be axed.

Disappointed viewers should also write letters and e-mails to the social media and the more traditional media conduits, to more pervasively make known their aggrieved displeasure.

Many viewers keep bad shows on TV because they regard the medium as “harmless” entertainment. Not so! If you implicitly keep a show on the air by continuing to patronize it, you are actually endorsing it and boosting its ratings.

If a gag show doesn’t make you laugh often enough, switch it off—and consign it to well-deserved oblivion!