CNN looks for a substitute when news can’t deliver 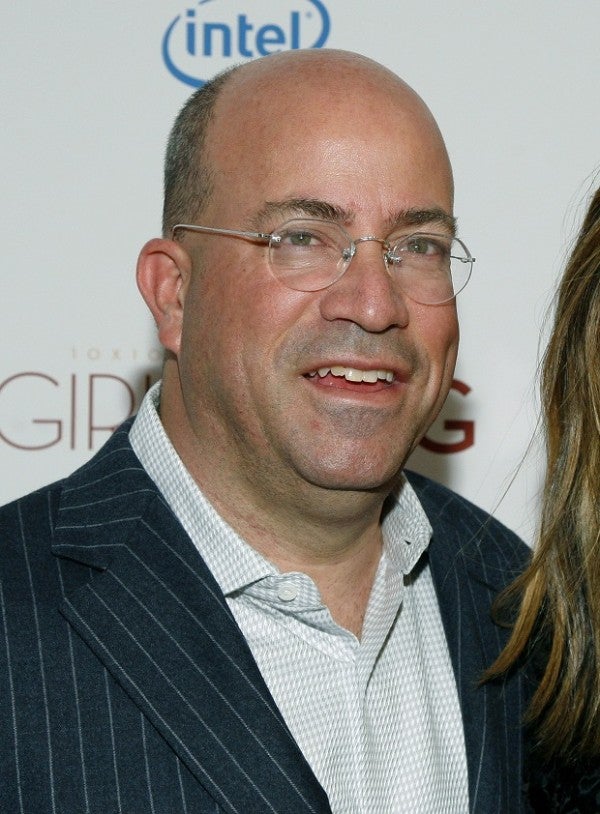 In this March 6, 2013 file photo, President of CNN Worldwide Jeff Zucker attends a screening of “Girls Rising” at the Paris Theater in New York. Fox News chairman Roger Ailes, never one to miss the chance to bait an adversary, told The Hollywood Reporter in January 2014 that CNN had decided “to throw in the towel and announce they’re out of the news business.” Zucker, beginning his second year in the job, begged to differ. “CNN is not and never will abandon our first and fundamental brand equity, which is news and breaking news,” he told reporters. AP

NEW YORK — When CNN first signed on, it was greeted by a chorus of skeptics.

Not just doubt about Ted Turner’s vow that his all-news network would be there long enough to cover the end of the world. A bigger question resonated: Was there really enough news to fill 24 hours of airtime, day after day?

As CNN marks its 34th birthday this month, a harsh truth endures: No, there really isn’t, at least not enough to get viewers to stick around awhile. The flow of news doesn’t conform to the needs of TV programmers, and there are irksome stretches when nothing much is going on that can satisfy TV’s visual demands and keep viewers glued to the screen.

CNN was able to finesse this in its early years since it had no cable-news competitors. Then new arrivals MSNBC and Fox News Channel faced the same dilemma. But each packed its schedule with hosts who could fashion news into opinion, opinion that would guarantee its like-minded audience a reassuring hour-after-hour TV refuge.

Meanwhile, CNN clung to Turner’s mission statement that the news, not any news presenter, was the star.

It really had no choice. Sandwiched between right-wing Fox News and left-wing MSNBC, CNN was forced to occupy impartial middle ground, even as it often sank to third place in the ratings.

What corrective action could it take? Well, it could loosen its definition of news. And it tried. In 1998, the network rolled out an ambitious slate of prime-time documentary and magazine shows collectively titled “CNN NewsStand” — which promptly bombed.

The current version of this strategy: goose the schedule with so-called “original series” from such promotable names as Anthony Bourdain, Morgan Spurlock, Lisa Ling and the Bible, and hope to make some noise and audience inroads.

In the midst of that sizzle offensive, however, CNN got a lucky break: a gift of news-as-breakout-star in the form of the tragic March 8 disappearance of Malaysia Airlines Flight 370.

CNN crafted an obsessive narrative of missing-airplane coverage — breathless “Still Missing” news alerts, rounds of analysis and rank speculation, and any other flight-related filler it could think of. This made CNN a laughingstock in some quarters (fueling a “Saturday Night Live” spoof that billed CNN as the network to watch “When you want to know that they don’t know”). Never mind. Lots of viewers binged.

At the same time, CNN continued its crusade to gin up must-see program “events.” The latest: a relentlessly hyped 10-part documentary series “The Sixties.”

The first episode, focusing on ’60s-era television, drew 1.39 million viewers for its first airing May 29, more than doubling the 493,000 viewers CNN had averaged in that weeknight slot (though falling far short of a typical Fox News Channel prime-time hour).

The second installment, on the Cuban missile crisis, premiered to 866,000 viewers.

With its catch-all, been-there-seen-that topic, the series is a patchwork, with some episodes substantive and others featherweight.

But more to the point: The ’60s isn’t news. Hasn’t been for decades. Thus is CNN diluting its signature role as a news provider with the sort of docu-fare found on scores of other networks.

Fox News chairman Roger Ailes, never one to miss the chance to bait an adversary, told The Hollywood Reporter in January that, with this game plan, CNN had decided “to throw in the towel and announce they’re out of the news business.”

CNN Worldwide president Jeff Zucker, beginning his second year in the job, disagreed. “CNN is not and never will abandon our first and fundamental brand equity, which is news and breaking news,” he declared.

But the questions remain. Can CNN stay true to its putative core mission, yet still find a loyal audience? How will “original series” stunts kick-start a viewer’s appetite for watching CNN the rest of the time?

The network is struggling to find a drawing card that just may not exist for the CNN that people still recognize today. After 34 years, that’s not really news.