Krista Miller: ‘I sell real estate, not myself’ 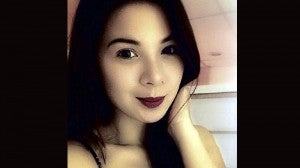 MANILA, Philippines—She was once accused as a home-wrecker, and recently regained notoriety as the woman who visited a convicted drug lord. On Friday, starlet Krista Miller broke her silence, saying that her visit to a high-profile convict was “purely business.”

Miller dispelled insinuations that she got intimate with Camata during her hospital visit, saying that their interaction was related purely to her job now as a real estate agent.

A closed-circuit television (CCTV) footage showed the Miller and her handlers stayed in the Metropolitan Medical Center for an hour, while she and Camata were left alone in his room for 10 minutes.

“The issue that I went to the room of Mr. Camata for 10 minutes, I just want to clarify that we did not do anything that would taint my image as a woman,” Miller said in Filipino. “I’m not a bad woman, I sell real estate properties and not myself.”

Miller confirmed that she met Camata when she served as a guest at the National Bilibid Prisons for a “sagala” (parade) project.

Miller said that she was not aware that the Department of Justice did not approve of Camata’s hospitalization.

“My office knows of that transaction because we are required to report to the office three times a week to let them know if we sold any units.”

Miller is no stranger to controversy. In 2013, celebrity couple Cesar Montano and Sunshine Cruz separated after being married for 13 years. Cruz blamed Miller as one of the reasons for the end of their marriage, accusing her of having an affair with her husband.

Miller, who met Montano while filming a movie, denied being his mistress.