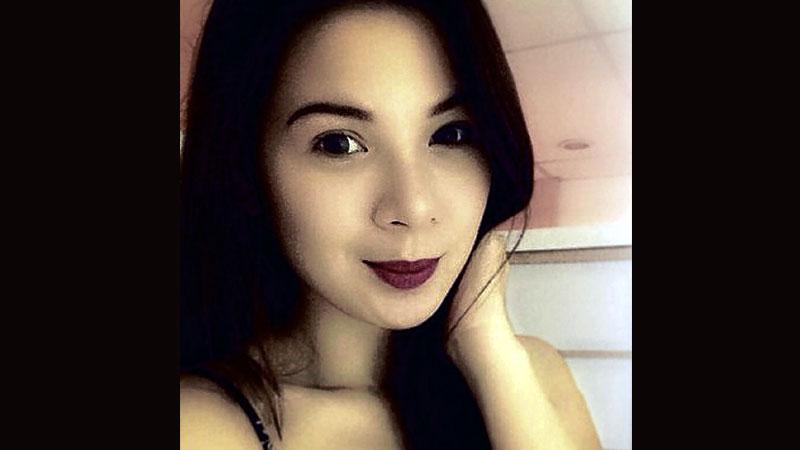 MANILA, Philippines—More than a year after starlet Krista Miller was tagged as the woman behind the separation of actors Cesar Montano and Sunshine Cruz, she finds herself linked in another controversy.
Miller was the “starlet” who visited convicted drug lord Ricardo “Chacha” Camata in a hospital outside New Bilibid Prison (NBP), Department of Justice (DOJ) undersecretary Francisco Baraan confirmed to INQUIRER.net.

INQUIRER.net earlier reported that Camata, commander of the notorious Sigue Sigue Sputnik Gang, brought in a “starlet and TV dancers” inside his hospital room at Metropolitan Medical Center in Manila where he was rushed last May 28 due to a lung ailment.

Baraan said that a jail guard had told him about the special treatment given to Camata.

“Camata himself identified the starlet as Krista Miller,” Baraan said in a phone interview.

Baraan said the convict met Miller inside prison during Bilibid’s Flower Festival event in May 2014, where the starlet was invited as guest.

Camata’s hospitalization and other supposed perks drew the attention of the DOJ, prompting the agency to investigate NBP officials and custodial guards.

On Wednesday, the DOJ ordered the administrative relief of NBP Superintendent Fajardo Lansangan and 12 jail guards who secured Camata’s ward.

Baraan said the DOJ gave 24 hours to Lansangan and the attending physicians of Camata to give a written explanation.

“We asked them to justify the finding that it was an emergency case needing an immediate hospitalization outside Bilibid,” he said.

Baraan said he expects the report to reach his office on Friday.

Replacing Lansangan as NBP head is Superintendent Robert Rabo.
Miller is no stranger to controversy. In 2013, Cruz and Montano separated after being married for 13 years. Cruz blamed Miller as one of the reasons for the end of their marriage, accusing her of having an affair with her husband.

Miller, who met Montano while filming a movie, denied being Montano’s mistress.

Source: Another convict brought to hospital with starlet and TV dancers as guests