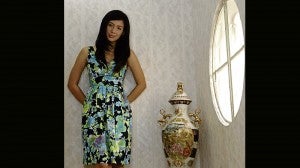 For weeks now, incessant rumors have been circulating on the Net: Beauty Company is growing desperate because Major Star hasn’t been following her regimen.

The scuttlebutt claims that BC reps are worried that MS wouldn’t deliver the firm’s promise of effortless glamour. But an insider alleges that this is yesterday’s news, possibly concocted by Rival Group led by Controversial Celebrity.

CC had been wanting to sign up MS and seemed envious that BC succeeded in the task.

Pretty Starlet wants out of her current studio. Supporters fear that her projects are being put in the freezer because she has incurred the ire of Top Star and Major Execs 1 and 2.

PS wants to quit while she’s ahead. But what if the studio asks her to stay? PS clasped her hands and, as if praying to the heavens, said, “Please, no!”

Perhaps Fading Star believed her drumbeaters and thought she was still in demand.

Just looking at Elegant Star, no one would know that she had a troubled past. ES is now a picture of serenity; but in her teens, she was a wild flower.

She sold her body to dirty old men because Handsome Boyfriend, scion of Legendary Star, made her. A mole suspects HB’s drug habit was to blame; ES was the ultimate enabler.

Hunky Heartthrob is sore at Chatty Celeb and Talkative Personality.

Seemed CC divulged details of HH’s top-secret project in public. Worse, TP, who’s supposed to be part of HH’s project, blabbed about it, too. 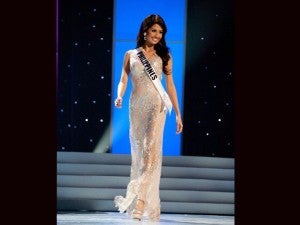 Aiza Seguerra on being swamped by pregnancy rumors: “I’m upset; corny, eh!” (She got someone pregnant? Anuva!)

Sam Milby on rumored girlfriend and YouTube sensation Marie Digby: “I was such a big fan when I was watching her YouTube videos. Nag-date kami last year and we just became friends. And we’re still friends until now.” (Got that, too.)

Shamcey Supsup on what makes her proud to be Filipino: “We have achieved so [much]. I think it’s only us who look down on ourselves… No one will step on you unless you’re lying on the ground. If you’re standing up, no one can step on you.” (Parang tama naman.)

Kylie Padilla, asked if she’s headed for a serious relationship with Aljur Abrenica: “May chance!” (Sigh.)