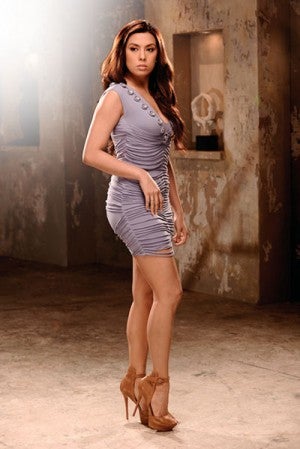 NIKKI Gil is back in the dating scene and is exclusively seeing someone.

It took no more than 10 seconds for Nikki Gil to be fully captivated by the melody of composer Soc Villanueva’s entry to the finals of this year’s Philippine Popular Music Festival (PhilPop) songwriting competition.

She did, however, admit she initially had misgivings about interpreting the song for the contest.

The entry’s title, “Babalikan Mo Rin Ako,” hit a little too close to home. “When I was first offered the song, title pa lang, I was like, ‘Um, puwede bang huwag na lang?’ I felt quite awkward,” said Gil, who broke up with Billy Crawford late last year, reportedly because of Coleen Garcia.

But after she read the emotionally charged ballad’s lyrics, Gil realized many women could relate to the song’s message.

“It echoes the sentiments of many women and what they go through. It gives hope and tells them that they’re not alone,” she said. “At the end of the day, it’s up to you to get up and move forward.”

She herself has moved on. Gil said it would be difficult for someone who had not recovered from heartbreak to perform the song. “But I would say that, because of my experiences, I was able to give the song the emotion it needed,” she said.

Though she was expecting that not a few people would assume that the song is for her ex-boyfriend, the singer-actor-TV host stressed that “Babalikan” was not dedicated to anyone in particular.

“That’s the price we have to pay in this industry—things will be traced back to that (breakup). But that’s not necessarily the case,” she said.

The 26-year-old Kapamilya talent confessed that she did have her “fair share of grieving” after her controversial split from Crawford. But she was now at peace, she said, and was looking forward to whatever God had in store of her.

“I know that things happen for a reason and that whatever love story God has planned for me will be beautiful,” Gil said.

“I trust that He has reserved the best for me. I’m just excited,” she added.

Gil told entertainment reporters that she had returned to the dating scene and was exclusively seeing someone at the moment. “It has been going well … I’m sure a lot of people see me with the same person. My heart is very happy,” Gil enthused, adding that she had always been careful about her romantic prospects.

“I don’t play games. I would like to think that I take calculated risks in my career and relationships; I use a good amount of my head and my heart,” she said.

Gil stressed the importance of finding happiness within one’s self. “I choose not to wallow [in misery]. It’s important to learn to be happy alone, so when someone new enters your life, you’ll be a lot happier,” she said.

Although her last relationship did not work out, Gil is not one to give up on love “because it’s such a beautiful thing.”

“It just so happened na ’di lang sinuwerte. And I don’t want to be cynical…. Getting burned once doesn’t mean that you have to build walls,” she said.

Aside from being a song interpreter in PhilPop 2014, Gil will be part of the coming television series on ABS-CBN, “Hawak Kamay,” with Piolo Pascual and Iza Calzado.

She will also record a new album under Universal Records and star in a yet to be announced stage play. “I don’t remember ever being this busy,” she said.