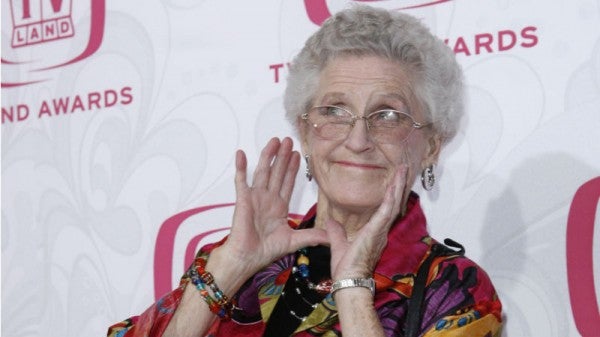 In this April 14, 2007, file photo, Ann B. Davis arrives at the 5th Annual TV Land Awards in Santa Monica, Calif. Emmy-winning actress Davis, who played the housekeeper on “The Brady Bunch,” has died at a San Antonio hospital on Sunday, June 1, 2014. She was 88. AP

SAN ANTONIO – Emmy-winning actress Ann B. Davis, who played the housekeeper on “The Brady Bunch,” has died at a San Antonio hospital. She was 88.

Bishop Bill Frey, a longtime friend of Davis, said she suffered a fall Saturday at her San Antonio home and never recovered.

“The Brady Bunch” debuted in 1969 and aired for five years, with Davis as Alice, the mainstay for the blended sitcom family. Davis appeared in various Brady spinoffs and sequels over the years.

In the 1950s, Davis was the sharp-tongued secretary on another stalwart TV sitcom, “The Bob Cummings Show.” The role brought her two Emmys.