MANILA, Philippines—It isn’t just his music that’s intense. The man himself, Armin van Buuren, as an artist, is pretty much everything the word “intense” is all about.

In the afternoon of May 30, the world renowned Dutch DJ made an appearance before a number of fans and the press for the first ever passion forum “Trend Talks” powered by Globe. The DJ was in the country for his “Armin Only Intense” world tour.

During his almost one-hour participation in the forum, van Buuren shared some of his deepest insights about music and music production.

When asked how does the music creation process go for the five-time Number 1 DJ in the world, van Buuren answered that “it’s different every time.” He then added that the he doesn’t “like to work the same way” because he wants to always bring something new to the table. 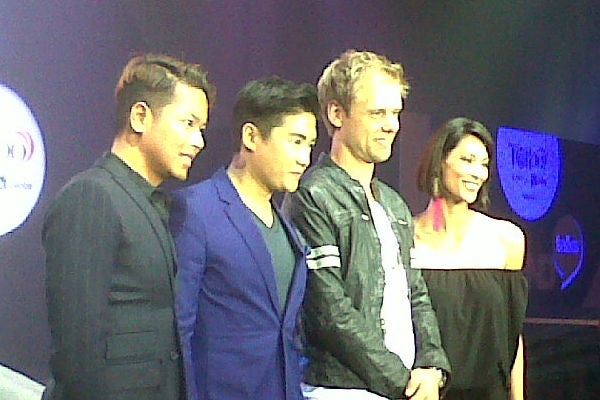 According to the 37-year-old trance music creator, the “Armin Only Intense” world tour is “not the smartest move in his career” financially speaking. But despite thinking so, he sees the concert as a gift to his fans. He even went as far as saying that the tour is like a “Christmas dinner with Armin van Buuren.”

It is also for this reason that the DJ can go beyond six hours of playing music for his fans during the concert as for van Buuren, “What keeps me going is the crowd’s energy.”

On being a music artist and a family man

As he has always been on the go since the world tour started, van Buuren said that even when he’s in the hotel room, “the work goes on.” He was talking about music production.

But whenever he gets some time off, the passionate dance music DJ makes it a point that he gets to laze around with his family, especially with his two kids.

The law graduate music producer said it breaks his heart when he hears stories about how his children, particularly his first born, would ask how many nights will it be “before daddy gets home” and then start counting three days, but then his wife would sadly say, “it will take longer than that.”

But on a lighter note, van Buuren shared that his wife will be coming over to watch his show in Australia. 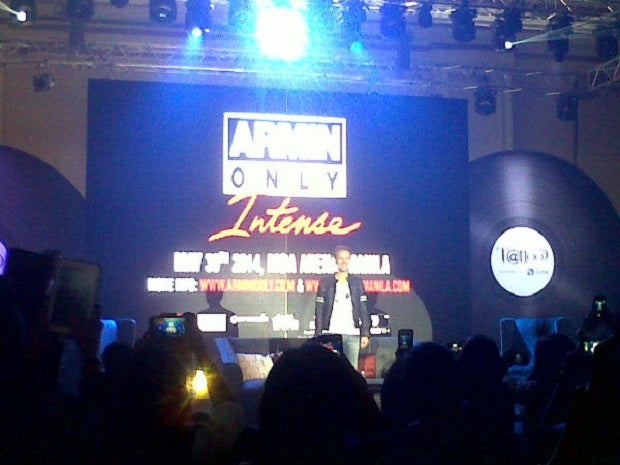 His take on music

When asked to namedrop some of the artists that he dreams to collaborate with, van Buuren mentioned Gary Lightbody of Snow Patrol and Irish singer Enya, among many others.

The DJ also had the opportunity to point out that he’s more into the old school hip hop when not listening to Electronic music.

While answering questions about his preferences in music, van Buuren urged listeners to “look beyond labels.” For the artist, “good music is good music,” that is why it should not matter whether the music you’re exploring falls under the list of your favorite genres or not.

For van Buuren, being number one in the dance music industry is not his priority in his career. It is not even the reason why he does what he does as a music producer. His main goal remains to bring good songs that will never fail in putting his fans in a state of trance.

When asked why his world tour was titled “Armin Only Intense,” van Buuren said that the theme of his concert is “birth.” He explained further by saying that “life is intense,” that is why you have to “catch your light” because “you’re only here once.”

He was almost like a ray of hope when he said, “You have to do something that you like. Life is short man.”

The first ever “Trend Talks” was made possible by Globe, while the “Armin Only Intense” tour in Manila was brought to us by BigFish International.