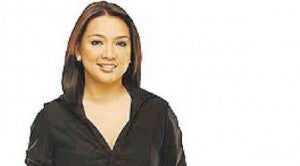 Lyn Adapon, housewife: “I was initially intrigued by the title of the TV docu series, ‘Numero,’ hosted by Cheryl Cosim. I learned later that it explains the figures and numbers we hear or read about. Its recent feature on water was an eye-opener, especially at a time when we’re experiencing water shortage. It encouraged us to be responsible in the way we consume water.

“I also like the fact that it doesn’t often show Cosim on camera, unlike other hosts whose ‘exposure’ competes with their subject matter for viewers’ attention. My only quibble is with the program’s late-night airing.”

Jonathan Catunao, engineer: “Our mainstream and independent movies rarely tackle the needs of and challenges faced by senior citizens. If they’re cast in important roles, they often carry the burdens of the younger members of their family (Anita Linda and Rustica Carpio in ‘Lola,’ and Gloria Romero in ‘Tanging Yaman’).

“In 2012, Jun Lana helmed ‘Bwakaw,’ in which the central character is an old man, who happens to be a closet homosexual who’s belatedly coming to terms with his sexuality. I wish to see more personal stories of senior citizens in our TV shows and movies.”

Razel Daguman, student: “I look forward to future episodes of ‘The Voice—Kids,’ which is even more watchable than its adult edition, except for some contestants’ overly emotional back stories. Cohost Alex Gonzaga should learn to control her ‘hyper’ demeanor, because she’s too pa-cute for comfort. She should focus on the contestants, not herself.”

Stella Flores, televiewer: “I haven’t heard anything positive about Claudine Barretto lately. That isn’t helpful if she wants to revive her career. But before anything else, she has to lose some unwanted pounds.”