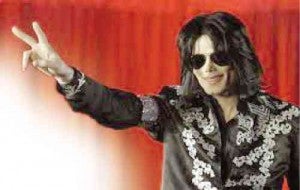 Locally, it’s released by Ivory Music and Video, the exclusive licensee of Sony Music in the Philippines.

Even in death, The King of Pop still manages to outdo himself. His music and legacy will never ever die.

MJFCP, in cooperation with Ivory Music, The Original Grupo 80’s Club Retro and my own Facebook site, DA Loves MJ (which I put up in honor of Michael), is gearing up for MJ’s fifth death anniversary on June 25.

MJ fan clubs all over the world join forces every year to mark MJ World Cry Day, or the commemoration of MJ’s death anniversary.

If you adore MJ as much as we do, please join us on FB to get updates on our upcoming event for our idol.

Let’s all “Xscape” to MJ’s magical world of inspired madness. Thank you, MJ, for moonwalking into our lives  and leaving footprints in our hearts.

Sexbomb dancer Jopay Paguia is finally tying the knot with longtime beau and fellow dancer Joshua Zamora of Manoeuvres. Their wedding is set on June 6, 3:30 p.m., at Fernwood Gardens, which is also the reception’s venue.

I wonder if the groom’s brother Jason and his girlfriend Christine (the ex-wife of Sen. Francis “Chiz” Escudero) will attend.

Since Chiz is vocal about his romance with Heart Evangelista, it’s about time that Christine and Jason come out in the open, too.

Although, they probably prefer to keep their relationship low-key so that it won’t go off-key.

Congrats, Jopay and Josh! May you always dance to the same tune as husband and wife. 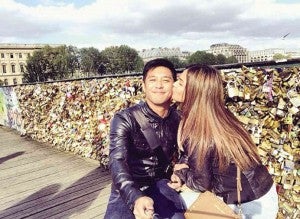 ROCCO Nacino and Lovi Poe enjoy their holiday in Paris.

Rocco Nacino is still in a Europe state of mind.

Rocco’s recent holiday in France and Italy with special friend Lovi Poe will forever be etched in his memory.

“The highlight of our trip was our visit to the Vatican. We were lucky to see the Pope,” he enthused. “We were spiritually recharged, as we heard Mass at St Peter’s Chapel in Rome and also at the Notre Dame in Paris. Our new goal is to work harder so that we can afford to travel more. We plan to go to Japan next time. Traveling together has brought us closer.”

Rocco also shared their wackiest moment during their vacay. “Lovi was taking a video and I was dancing like a fool behind her. We laughed like crazy. Then an old couple passed by and stared at us because we must have looked weird. That made us laugh even more!”

Whether it’s one solid laugh trip or a romantic journey to a new place, Rocco will always feel like it’s home as long as Lovi is around.

Hard-hitting GMA 7 anchor Arnold Clavio reveals his soft side in his Instagram posts. He goes by a code name that I am not at liberty to divulge. On IG, he describes himself this way: “I am a man. Body and Soul. I just want to share what’s inside my mind. Beyond visual. Beyond perceptions. No limits. No boundaries. Think and Smile!”

Arnold also lets his gentle side shine through via his Igan ng Pilipinas Foundation Inc., a nonprofit organization that he established in 2001 after he was moved by stories of children with life-threatening diseases.

RiteMED teams up with Igan Foundation and the UP Philippine General Hospital’s Pediatric Endocrinology and Metabolism Department to increase awareness on Type 1 Diabetes.

They intend to give hope to diabetic children in collaboration with CHILD Foundation for the “Adopt a Diabetic Child” program. (For more info, log on to the Facebook page of Igan Foundation  or www.ritemed.ph.)

Their kindness is the type of sweetness that diabetics won’t be allergic to.

Special thanks to Jeff Joson and Denise Sia of Ivory Music and Video for their kindness.