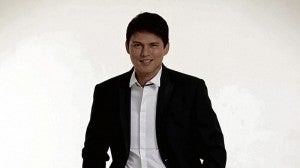 Mariano said Legaspi is required to respond to the complaint filed by the BIR.

Based on the BIR’s complaint, Legaspi has been slapped with a case for

violation of sections 254 and 255 of the National Internal Revenue Code for wilful attempt to evade or defeat tax and deliberate failure to supply correct and accurate information in his income tax returns for 2010 and 2012.

A comparison of the documents and information, however, showed that Legaspi declared P6.79 million as gross income in his tax returns filed with the BIR in 2010, and P1.82 million in 2012. Compared with the income payments he received as per alpha lists of withholding agents provided by the BIR’s Information Systems and Development Operations Service (ISDOS) showed Legaspi “willfully and substantially” underdeclared his correct taxable income by P2.85 million or 42% in 2010, and P4.67 million or 256% in 2012.

His tax liability for 2010 and 2012 is P4.45 million inclusive of surcharges and interest.