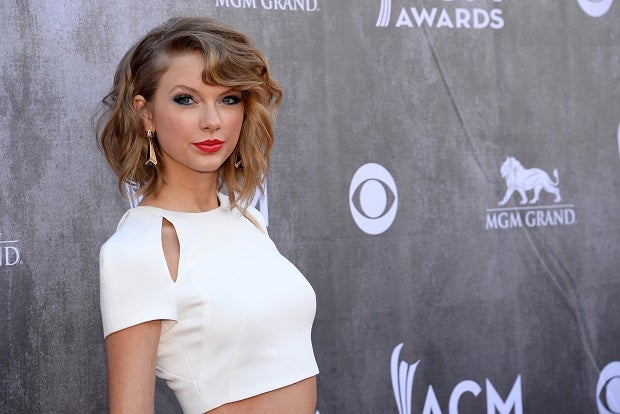 In this April 6, 2014 file photo, Taylor Swift arrives at the 49th annual Academy of Country Music Awards at the MGM Grand Garden Arena in Las Vegas. American singer-songwriter Swift has cancelled her scheduled concert in the capital of Thailand, which came under military rule last week after a coup detat. Local concert promoter BEC-Tero announced Tuesday, May 27, 2014, on its website that the sold-out nighttime June 9 concert, part of the singers Red Tour, has been cancelled due to recent events in Thailand. It did not elaborate, but said the move had been a difficult decision for all parties.  AP

BANGKOK — Taylor Swift has canceled a sold-out concert in Thailand, which came under military rule last week after a coup d’etat.

Concert promoter BEC-Tero announced Tuesday on its website that the concert was canceled “due to recent events in Thailand.” It didn’t elaborate but called the move “a difficult decision for all parties.”

The concert in Bangkok would have been the night of June 9. The country is under a nighttime curfew though it’s loosely enforced.

“I’m sending my love to the fans in Thailand,” Swift tweeted.” I’m so sad about the concert being canceled.”

The American singer-songwriter has other performances throughout Asia during her current Red Tour.