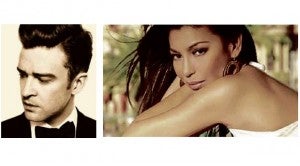 It has been five years since Michael Jackson’s untimely demise—but, the King of Pop continues to beguile and bedazzle through his music.

His second posthumous album, “Xscape,” which debuts at No. 2 on the Billboard 200 this week, is getting rave reviews for the previously unreleased but “contemporized” tunes that cleverly distil his diverse musical influences.

His latest single, “Love Never Felt So Good,” features a casting coup of sorts, because it has him “singing” in sync (no pun intended) with pop superstar, Justin Timberlake. Cowritten with Paul Anka and originally recorded in 1983 as a demo, the tune is reworked as a catchy duet with this generation’s King of Pop, Justin—who turns in a breezy and sweetly reverential rendition.

The sizzling track fuses the exhilarating riffs of “Rock With You” and “Don’t Stop Till You Get Enough” with Timberlake’s own pop hooks and vocal hoops.

If you want a leisurely dance tune to drive your summer blues away, this is the song to play on your portable media player!

Then, she gathers Angeline Quinto, Yeng Constantino and the relentlessly original KZ Tandingan to create a gloriously realized, four-part harmony for Rico Puno’s “May Bukas Pa.” 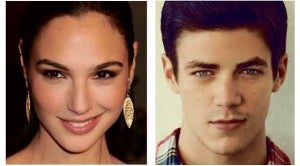 GADOT AND GUSTIN. Their time to shine—as Wonder Woman and The Flash

On the movie front, Zack Snyder’s “Batman vs Superman: Dawn of Justice” is generating a lot of buzz not only because of the enormity of its scope and cinematic ambitions: What are the odds of someone human like Bruce Wayne (Ben Affleck) winning over the last son of Krypton (Henry Cavill)—and which side will Wonder Woman (Gal Gadot) take? Will this lead to a “Justice League” spin-off?

And, after his underwhelming turn as “Daredevil” (2003), will Affleck fare better in his latest superhero role? (Trivia: The actor-director also portrayed George Reeves, the original “Superman” in the ’50s, in 2006’s true-to-life drama, “Hollywoodland.”)

We don’t have the answers just yet, because the people behind the production are extrasecretive about the project—but, even the film’s supporting cast is getting us tingly all over: Jesse Eisenberg (as Lex Luthor), Amy Adams (Lois Lane), Laurence Fishburne (Perry White) and Jeremy Irons (Alfred).

Even the small screen has something for comic-book fans to look forward to: “Glee” alumnus Grant Gustin is set to play the Fastest Man Alive in his own action series.

In CW’s latest retelling of “The Flash,” Gustin is cast as Barry Allen, a CSI investigator who is struck by lightning. After nine months in a coma, he wakes up with superhuman speed, an ally in Oliver Queen aka The Green Arrow (Stephen Amell), and some very nasty enemies!