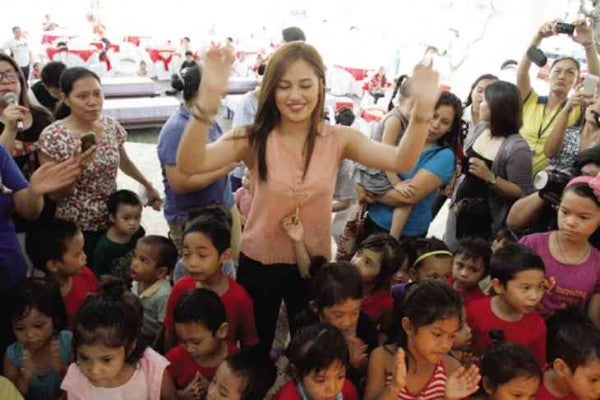 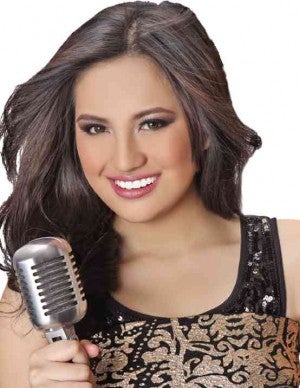 YOUNG singer has a few items on her bucket list—including learning how to play the saxophone and violin and traveling the world.

“They are just being who they are,” she told the Inquirer during her launch as an endorser of the cosmetics company Careline. “They’re just having fun.”

But if they eventually decide to make a career out of it, she said, “They should take it seriously, maybe study music. What they get to achieve should come from passion, hard work and discipline.”

Julie Anne has been musically inclined since she was little.

She plays the guitar, piano, drums, lyre and flute and would like to master the violin and saxophone.

She burst into the scene three years ago when her cover of Nicki Minaj’s “Super Bass” got 17,750,363 views on YouTube.

Subsequent videos, including collaborations with screen partner Elmo Magalona (“She Will Be Loved,” “Rolling in the Deep”), each surpassed the 1 million mark as well.

Her recording of “Pagbangon,” the Kapuso network’s fund-raising song for “Yolanda” survivors, landed on the No. 1 spot in the charts of the website Music Weekly.

Julie Anne’s self-titled debut album under GMA Records has turned platinum eight times as of December last year, according to the website of Pari (Philippine Association of the Record Industry  Inc.).

Now, there is talk that her debut album has reached the platinum level nine times and is a few thousand units shy of the diamond mark.

During the Careline event, Julie Anne was asked about critics who question her CD’s platinum status.

“You can’t please everyone. You can’t control bashers,” she remarked. “It’s not about fame. It’s about making music. I love singing. I love my fans.” What is important to her is that her fans enjoy her music, she said.

“Social media is important because it allows me to interact with my friends and supporters. I get to update them about my latest projects,” she related.

Although she hasn’t made a new YouTube video of late, she hopes to shoot one soon. Her latest video, “Right Where You Belong,” was launched on “Sunday All Stars” recently. A new CD is in the works.

“What’s great about YouTube is that people can message me directly. They can post their comments; they can request songs,” she said.

She insisted on looking at the bright side of technology and would rather spare her fans from the haters and not chat about intrigues with them online.

“I don’t want my followers to get in trouble,” she explained. “I’m quite open with my feelings.”

She has been linked with various guys (Elmo, Kristoffer Martin and Alden Richards), but she asserted that she’s in no hurry. “I have so many things on my bucket list.”

Julie Anne, who turned 20 on May 17, said that apart from learning how to play the violin and saxophone, another dream is to finish college.

She’s an incoming junior, taking up communication arts at Angelicum College. “One year to go,” she said.

She was able to juggle show biz and schooling because she’s the type who likes to keep herself busy. “If I have free time, I make it a point to spend it wisely. I hate being idle and getting bored.”

Another item on her wish list is to travel all over the world. “I’d like to go on vacation in Europe and stay there for a month,” she quipped.

Last May 8, she spearheaded a charity event at White Cross Children’s Home. “When we turn a year older, we often wish for more blessings for ourselves … but for me a good way to celebrate is to share your blessings with others.”