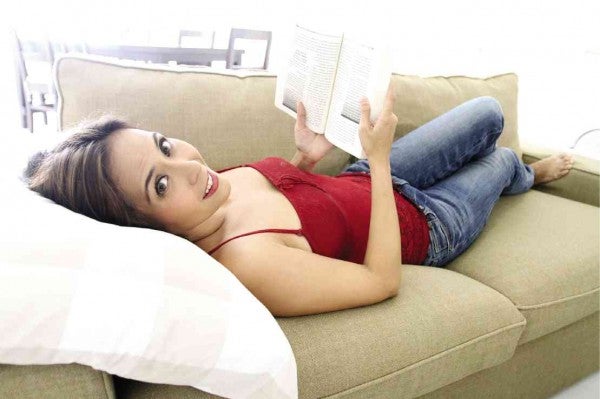 Aside from a few gigs here and there, singer Rachel Alejandro hasn’t been that visible in the concert scene. A lot of that has to do with her prioritizing her diet food catering business.

This year, however, Rachel said she’s been raring to return onstage and perform more frequently.

Rachel, who lived in New York for 10 months (2011 to 2012) with her husband, Spanish journalist Carlos Santamaria, recently kicked off her new mini-concert series at The Peninsula Manila’s Salon de Ning bar; her coming shows are slated on June 21 and July 19.

“I’m kind of warming up and getting into it again. More than the music, I’ve missed interacting with the crowd and seeing their reactions, especially when they know your music and are singing along,” Rachel told a group of reporters in a recent interview.

Aside from her own hits, Rachel related her repertoire will likewise feature a bit of everything—Michael Jackson, The Beatles and a smattering of rock songs and contemporary chart-toppers. “I will have a full band and backup singers. The venue is intimate so you won’t see big production numbers. But I will dance—and hopefully get everyone on their feet,” said Rachel, who’s celebrating her 25th anniversary in show biz this year.

“We’re planning a bigger show toward the year’s end,” she added.

Although Rachel expects that longtime fans will comprise most of her audience in her concert series, the 40-year-old music artist said she also wanted to introduce herself to the younger generation but admitted it “would take a lot more than just doing small shows.”

So why not do a new album? She has recorded a few songs, Rachel said, but she hasn’t gone close to completing a full album because everything has been a “stop and go” process. Rachel pointed out that it’s tougher to score a hit these days than in the late 1980s and 1990s, when she reached her peak as a performer.

Rachel added that she must first establish a clear direction. “You can’t just throw a variety of songs in there. The music should have a distinct voice,” Rachel explained. “You want to have something fresh, but at the same still relatable for the older fans. You don’t want to [look] like you’re trying too hard. That’s usually a challenge for seasoned performers like me,” she said.

In addition to becoming more active in music, the singer-entrepreneur has her hands full with a new cable TV  program and a coming movie. Rachel is one of the hosts of the cooking show “The Sexy Chef” (also the name of her business), which premiered on Cignal TV’s Colours channel last May 11.

“It’s my first time to host a show and I’ve found out that I’m very comfortable. It’s fun!”

Rachel will also be part of the onscreen adaptation of the musical play “Larawan,” which was based on Nick Joaquin’s “A Portrait of the Artist as Filipino.” To be directed by Loy Arcenas, the film will be produced by Celeste Legaspi and Girlie Rodis.

Rachel will play Paula, the same role she had in the musical’s rerun in 1997. “I was 22 then, and I was asked to step in for one of the leads (Zsa Zsa Padilla) who got sick,” Rachel related. “And I remember Nick Joaquin shouting at me from the audience, ‘You’re too young!’”

“But things have gone full circle; I’m now at the right age for the role,” she added.

Rachel, who, in her early years in show biz starred in such plays as “The Sound of Music” and “Peter Pan,” hoped to do more theater work in the future. Her latest was Atlantis Productions’ local staging of “Rock of Ages.” “I would love to do more theater since it’s one of my first loves,” she said.