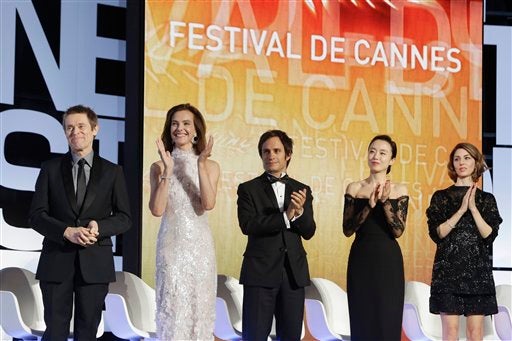 Mastroianni is the daughter of Catherine Deneuve and the late Marcello Mastroianni, whose image peering over his dark glasses emblazons the 2014 festival poster.

Just moments before the official announcement, host French actor Lambert Wilson sparked laughter as he left the stage to find Hollywood star Nicole Kidman in her seat and insist on twirling her round in a dance.

Kidman, in a sparkling blue and silver off-the-shoulder gown, laughed and held her head in her hands as he returned to the stage, to the amusement of the audience.