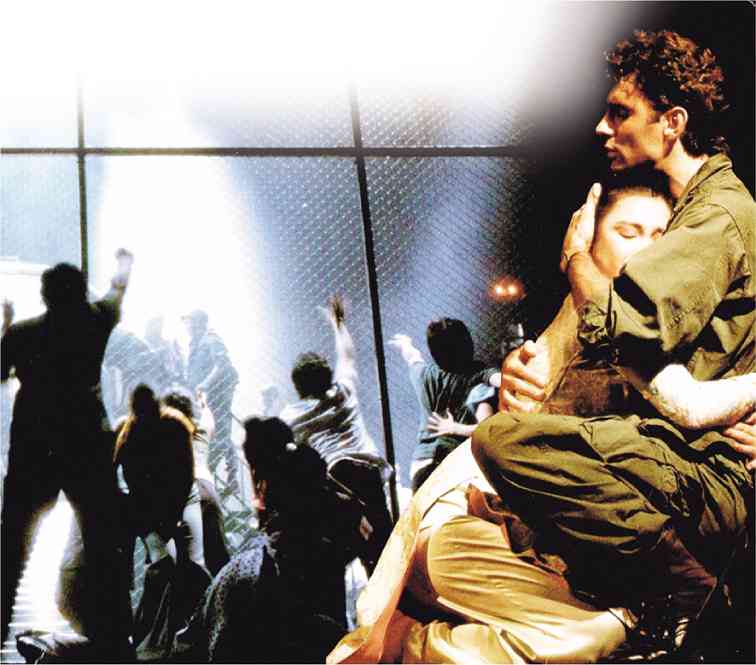 ORLANDO, Florida —To the cast of the brand-new “Miss Saigon” revival now in previews in London’s West End, congratulations! The studio rehearsals are done, and you’re officially in performances at the Prince Edward Theater! The dress rehearsal hurdle has been jumped, and you can breathe a little bit easier.

Or can you? When the original company was in this exact same point 25 years ago, “breathing a bit easier” wasn’t possible. In fact, I don’t remember anything becoming less difficult just because we had moved into the theater, doing the show for audiences night after night. Truth be told, we still had rehearsals during the day. And that’s not the only thing that tested us.

That lyric you love? Might be gone tomorrow, then make a comeback the day after.

Let me explain: Working on the original set of lyrics for “Miss Saigon,” Alain Boublil and Richard Maltby Jr. would often, as per the entire creative team’s directives, make changes to the book and songs. Some changes were hardly perceptible—a line here, a word there. But there would be times when whole verses, even entire songs, would have brand-new lyrics waiting for us at the beginning of the work day.

The new stuff would, very efficiently, be rehearsed in the afternoon, then performed that very night. Lyricists Alain and Richard, composer Claude-Michel Schönberg, director Nicholas Hytner, choreographer Bob Avian, and producer Cameron Mackintosh would be out there, evaluating the changes.

At the end of one preview performance, after I had worked my butt off learning a brand-new set of lyrics to one song, Alain paid a visit to my dressing room and asked me, “Would you go back to what you did last night instead?” I almost had a heart attack, but in my very stoic way, I said, “Sure.”

Oh, costumes … how I love (sometimes loathe) thee. Andreane Neofitou, the same original costume designer for “Miss Saigon,” is back; but it doesn’t mean those same designs are returning with her.

Looking at the current crop of pictures for this revival production, it’s cool to see what has remained but also interesting to note what has changed and evolved. You cool kids should note that the transformations will continue, depending on how things look on your bodies and on stage in the light.

Just because something is fabulous up close doesn’t mean that the audience 20, 40, or even 100 feet away will see it the same way. Don’t be surprised if you’re suddenly called in for a fitting for something new; or if in your closet hangs  another pair of trousers because the one from the night before looked weird in the light; or if  you now have a different shirt for the second act. It’s not personal; just to make the show better.

Originally, the character of Kim was supposed to wear a bikini, just like the other girls in Dreamland. But because my body was stubbornly holding on to the last vestiges of baby fat, there was no effing way I would look remotely acceptable in a two-piece.

Andy figured out a way to hide my imperfections, which added another dimension to Kim that made absolute sense. Before previews began, she dressed me in a sheer ao dai; it made me look (and feel) protected, mysterious and beautiful. For that, I will always and forever be grateful.

That guy beside you? Well … No, nobody gets fired. But because this is a stressful time in the production period, people can (and do) get sick.

As our preview period ended, Jonathan Pryce (our original Engineer) was ordered by his ENT to rest his voice. Meaning, his understudy, who at this point had not had even one rehearsal, had to perform.

Thankfully, all the creative changes were done, and we could then focus on getting Nick Holder, Jonathan’s understudy, through this night.

For the entire show, he was babysat by the production departments, and pushed and pulled around by the actors on stage. Given how prepared he was, and how much homework he had obviously done, you wouldn’t have thought that this was his first show.

He performed splendidly. That is one night I will not soon forget. Jonathan returned the following night sounding much better.

This is a very exciting time in the life span of a show, and one that I wish you all nothing but a wonderful time experiencing it. Keep plugging away on the road to your official opening on May 21, and enjoy it, one new lyric, costume, or actor, at a time.