The filmmaker as smuggler 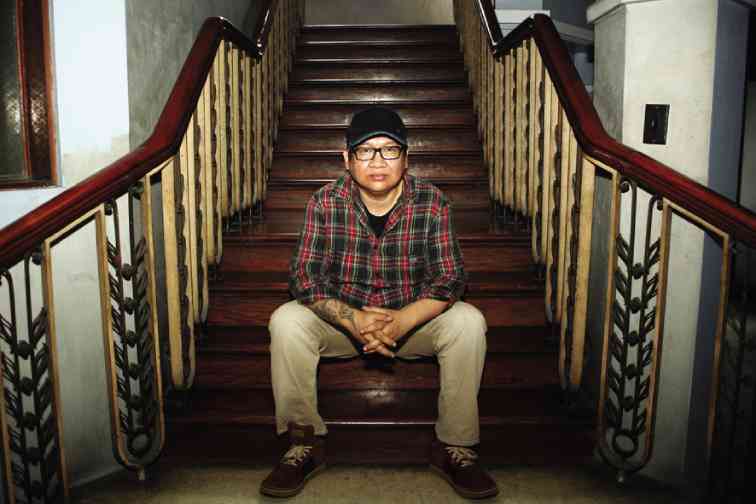 “I had a great time watching movies from all over the world,” he told the Inquirer. “My favorite, Lee Su-jin’s ‘Han Gong Ju,’ won the top prize.”

Matti’s latest thriller “On the Job,” which debuted at the Directors’ Fortnight in Cannes last year, was shown at the Fribourg fest as well.

“It was sold-out,” he recalled happily. “I had a grand time with the audience. [Filmmaker] Jerry Schatzberg (“The Panic in Needle Park”) loved it. Weirdest question [from the audience] was, ‘With a film so critical of the Philippine government, how come you are still alive?’”

Next stop for “On the Job” is London’s Terracotta Far East Film Festival, where it will be shown with his horror flick “Tiktik: The Aswang Chronicles.”

“On the Job” will also be shown in Russia and Mexico this year. “It will be released in French theaters this month,” Matti reported. Also this month, he will spearhead The Reality Film Lab (TRFL)—a series of workshops that aims to “train a new breed of workers in the industry and provide them with the right foundation to survive and to make a living.”

After all, ensuring the sustainability of filmmaking should not be kept a secret from the next generation. The success story of “On the Job” (which sealed over P12 million in foreign distribution deals) could serve as a viable business model to other filmmakers.

The workshops will present a multidisciplinary, multiperspective approach, Matti said.

“Usually, a teacher would pass on a particular discipline and incorporate his own thoughts and learnings without [presenting] other ways of attacking that discipline,” he related. “But a certain cinematographer, for example, would light differently from another one. Both ways are valid, only different.”

With TRFL, Matti hopes students will learn “more than one way to practice a particular discipline so they can decide for themselves who they are as artists and film workers.”

In recruiting the mentors, Matti pointed out, “We didn’t just skew the lineup toward the mainstream, but also took careful consideration of the discipline that the indie movement has brought into the industry.”

Reality Entertainment teamed up with the Film Development Council of the Philippines for TRFL. “We also want to go countrywide in the future, providing laboratories not just in Manila, but also in Visayas and Mindanao.”

Matti’s big dream is to build a “legitimate school someday that tackles other disciplines (music, fine arts, dance, etc.). This is just the start.”

Matti feels strongly about sharing his expertise—particularly since “genre filmmaking,” his forte, has now become a buzz word in the local scene.

“Genre filmmaking isn’t a bad thing,” Matti noted. “Genre that repeats others is bad. But genre that elevates and breaks old codes is good. Art-house (films) and genre can coexist.”

He asserted that films “are or should be populist. But being populist should not be equated with being trashy and stupid.”

In the end, he said, “A filmmaker’s role is to tell all sorts of stories … A filmmaker is a smuggler. He smuggles weird, crazy, intellectual, dark, inspiring ideas into a popular medium. If working in a genre film is the only way to reach a wider audience, I see nothing the matter with it.”

After Cannes, some critics may have expected Matti to churn out an abstract, black-and-white art film as follow-up.

Instead he chose the sequel to “Tiktik,” still with lead star Dingdong Dantes but now called “Kubot.”

He remarked: “‘Kubot’ will not be shot on a green screen [like the original], but we will still have a lot of CG. We will present a new breed of aswang here. We still have lots of stories to tell about the aswang.”