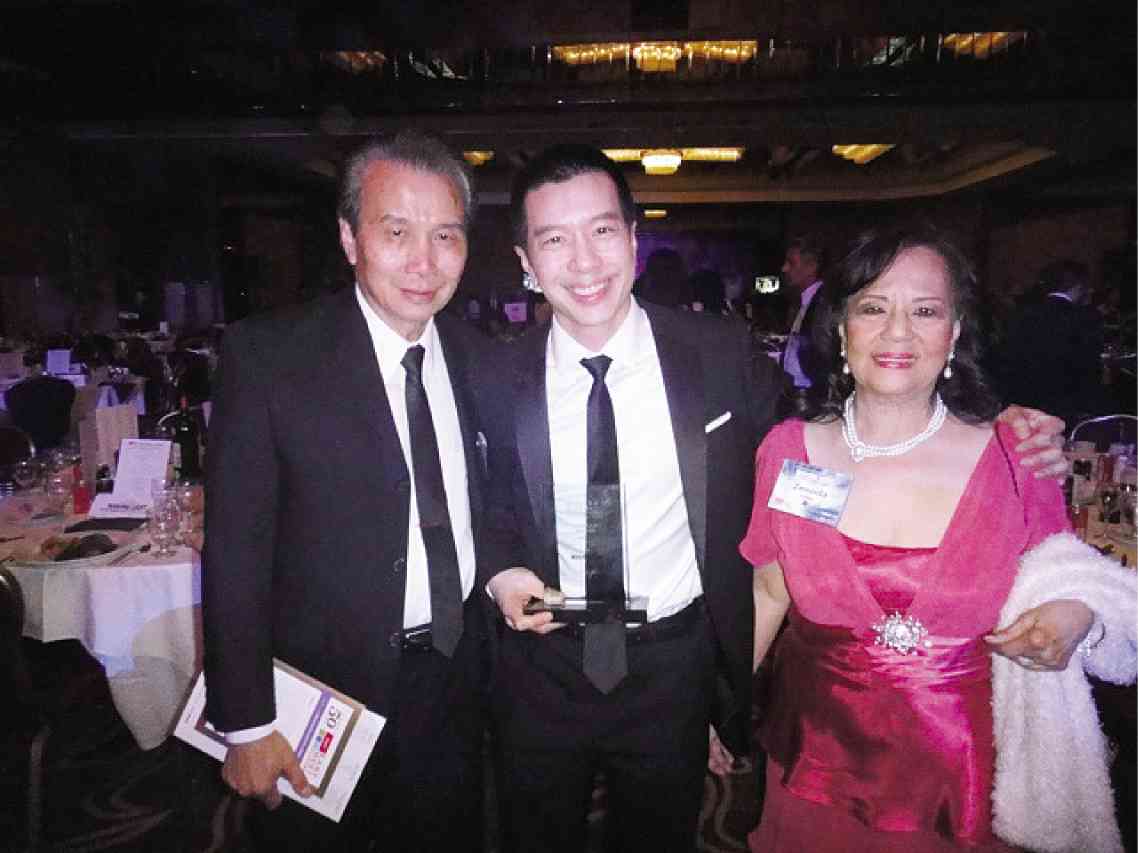 LOS ANGELES—The main cast of “Grimm,” the NBC drama-fantasy-horror series that recently aired an aswang (Filipino folklore vampire) episode, came out in full force on Monday to celebrate Reggie Lee’s acceptance of the Visionary Award from the East West Players (EWP) in its 48th anniversary gala dinner at the Universal Hilton in Universal City, California. 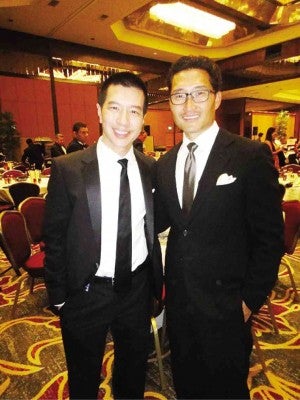 Reggie, a Quezon City native who plays Sgt. Wu in “Grimm,” has appeared in several productions of EWP, the premier Asian American theater organization in the United States. The actor, whose credits include Sam Raimi’s “Drag Me to Hell” and Ben Stiller’s “Tropic Thunder,” told the Inquirer: “This is a pretty amazing honor, especially since I consider EWP a home of sorts. If I can use what visibility I have to support the work this theater does, especially with progress in inclusion and diversity, I’m happy to carry that torch.”

He was visibly moved by the presence of his fellow “Grimm” actors, from David Giuntoli (who plays Nick Burkhardt) to Russell Hornsby (Hank Griffin). Reggie, who was also in “The Dark Knight Rises” and “Crazy, Stupid, Love” said, “I definitely felt the love! The entire cast, including creators Jim Kouf and David Greenwalt, and producers Sean Hayes and Todd Milliner, came in support. It shows that diversity is, indeed, progressing and that there are folks who stand with us on this work towards inclusion.”

David Giuntoli and Bitsie Tulloch (who plays Juliette Silverton) had cool things to say about Reggie before they presented the award to him. David noted, “He has a strong theater background, touring nationally in the musical ‘Heartstrings’ and later in ‘Miss Saigon.’ He was cast in the original company of the 1994 Tony Award-winning Broadway revival of Rodgers and Hammerstein’s ‘Carousel.’

“Prior to ‘Grimm,’ he was best known as Secret Service Agent Bill Kim on the popular FOX show, ‘Prison Break.’ He’s worked at East West Players, where he received critical acclaim opposite John Cho in ‘FOB’ by David Henry Hwang. He also won accolades for his portrayal of the tragic figure Vincent Chin in ‘Carry the Tiger to the Mountain.’”

Bitsie related: “The first time I saw Reggie, we were sitting outside of the offices in NBC, waiting to go in and test. He had a kind face, and looked remarkably calm. A few weeks later when [we were introduced] in Portland (Oregon, where they shoot ‘Grimm’), I immediately sensed a kindred spirit. Reggie is so alive, curious and compassionate. His face didn’t betray him—he really is one of the kindest people I have ever met.” 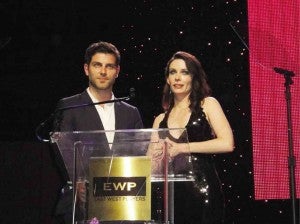 She added: “Since starring as Lance Nguyen in Universal’s high-octane blockbuster ‘The Fast and the Furious’ in 2001, Reggie has had memorable film roles. He is so talented, but not in a way that he takes for granted—he’s incredibly hard-working and fastidious about his work, whether he has one line or 30. I’m proud to have him as a coworker and prouder to call him one of my good friends.”

Sean Hayes, the actor best known for “Will & Grace” and one of “Grimm’s” executive producers; the show’s cast and creative staff, including Brenna Kouf, who wrote the aswang episode titled “Mommy Dearest,” Reggie’s family and friends—they all loudly cheered when he walked onstage to receive his award.

(That aswang episode, in which Brenna consulted Reggie about the Pinoy mythological monster, marked the first time that a US mainstream TV show featured a Filipino story line.) 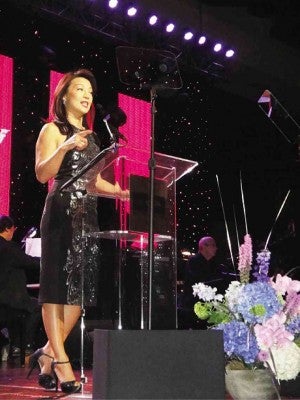 MING Na presented an award to her “Agents of SHIELD” colleague.

“Hawaii Five-0” and “Lost” star Daniel Dae Kim, who has also performed in EWP productions, presented a pair of awardees, producers Peter Lenkov and Ken Solarz. “Taking a classic series like the original ‘Hawaii Five-0’ and reimagining it for today’s audience is a huge undertaking and [required] collaboration,” Daniel said of the producing duo. “Creating stories takes risk and Peter and Ken took the risk when I [presented] an idea about the internment of Japanese-Americans during World War II. The episode was called ‘Honor Thy Father.’”

Another awardee was Maurissa Tancharoen, writer and producer, whose latest credit is “Agents of SHIELD.” Ming Na, who stars in that series and was the speaking voice of “Mulan” (Lea Salonga provided the singing voice), presented the award to Maurissa.

Two professors from LA’s rival schools, Lane Hirabyahsi (University of California Los Angeles) and Nayan Shah (University of Southern California), appealed for support of EWP. Lane said, “Telling stories is what East West Players is all about. As our world gets more and more global, it is vital to include all of these stories not only for entertainment … but for our thirst to understand other cultures.”

Nayan pointed out, “There are still not enough opportunities for Asian-Americans to play leading roles in theater, film and TV—roles that are three-dimensional and that are integral to a great story, a story about us. We have a responsibility … to expand the visibility of all our stories … This is what East West Players does.”

Musical entertainment was provided by topnotch performers, many of whom have performed on EWP’s stage at The David Henry Hwang Theater at the Union Center for the Arts in LA’s Little Tokyo.

These were the Three Directions (Reuben Uy, Jaime Barcelon and Daniel May) and three Fil-Am actresses who have played “Miss Saigon”—Joan Almedilla, Nicole Santiago-Barredo and Deedee Magno-Hall. Shay Louise capped the night with “Roar.”

Parvesh Cheena, whose credits include “Outsourced” and “Sean Saves the World,” emceed and kept the evening in a light, celebratory mood.