Colleagues remember gentleman of the old school… with gentleness
By: Bayani San Diego Jr.
Philippine Daily Inquirer / 01:29 AM May 02, 2014 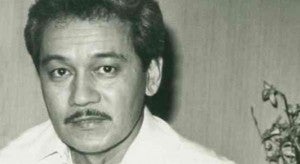 Unlike Pepito, Ramil remained active in show business and continued to star in movies and television shows, both on ABS-CBN and GMA 7, until 2010.

Related Pepito: “He loved acting. He kept working until he was diagnosed with lung cancer three years ago. One day, he said he was already tired.”

Batangas Gov. Vilma Santos, Ramil’s costar in “Vilma and the Beep Beep Minica” (1974) and “Sinasamba Kita” (1982), described him as a “good actor, simple and sincere.” Santos told the Inquirer, “He was soft-spoken and very dignified.”

Pepito said he and Ramil were discovered by Sampaguita producer Dr. Jose Perez because they were friends of actor Luis Gonzales and Perez’s son Pepito Vera-Perez. An online report said the Rodriguez brothers were scions of a well-off clan from Bacolor, Pampanga.

Ramil starred in teenybopper films for Sampaguita, often paired with Marquez, Josephine Estrada and Liberty Ilagan. His first film was “Palanca” in 1960, but he was officially launched in the film “Leron-Leron Sinta” in 1964.

Perez’s daughter, producer Marichu Vera-Perez, said she would always remember Ramil as a gentleman. “Very respectful, caring. Basically, he was shy, but he was kind to everyone in the studio. We all loved him.”

In 1974, he was cast in Elwood Perez’s adult drama “Isang Gabi … Tatlong Babae,” which top-billed Amalia Fuentes, Pilar Pilapil and Boots Anson-Roa. Said Perez: “Ramil was the epitome of Sampaguita glamour—a well-bred gentleman of the old school. “He was the perennial leading man to movie queens (like Susan Roces). I cast him against type as Boots’ ex-husband in ‘Isang Gabi’ and the gamble paid off 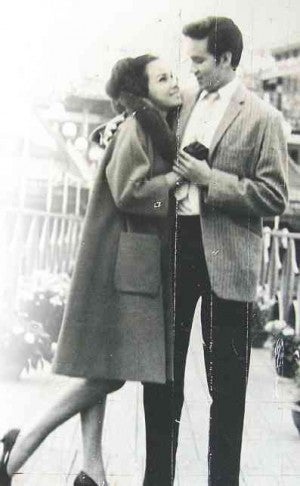 Roa agreed: “Ramil often played my husband. He was quiet and reserved. He and his brother were Ateneans, and belonged to the old school in conduct and acting.”

“He was a good brother,” Pepito also said of Ramil, who was the eldest of six children. “He was thoughtful and wanted everyone to be happy all the time.”

Pepito related that Ramil often called him or his driver to insist that they drive carefully. “He would keep calling … I would tell him that I was grown up and he didn’t have to be so makulit (insistent). But he was just being the big brother.”

Pepito and Ramil kept in touch with their Sampaguita colleagues. “We always attended parties thrown by old friends,” said Pepito.

Ramil is survived by his wife Letty. The funeral is set Saturday.