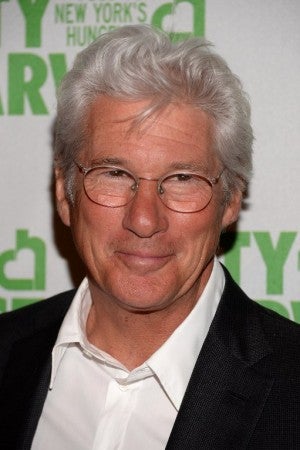 NEW YORK—A French tourist listened to her heart when she offered her pizza to a man spotted rummaging through trash in the streets of New York, not realizing it was Richard Gere making a movie.

Karine Valnais Gombeau, a 42-year-old Parisian, spotted the actor, a knit cap pulled down over his ears, sifing through rubbish as she came out of a pizzeria near Grand Central station in Manhattan, with her husband and 15-year-old son, the New York Post reported Sunday.

Without blinking, Gere, 64, asked her what was in the bag Gombeau offered him.

“I tried to tell him in English, but it came out half in French,” she told the Post.

She left without knowing it was Gere making his new movie “Time Out of Mind,” until the Post ran a photo of the moment two days later.

“It was magical . . . It’s crazy, this story. It’s unimaginable that something like this could happen,” she said, adding she thought Gere, the star of “Pretty Woman” and “Chicago,” was “very handsome, even at his age.”