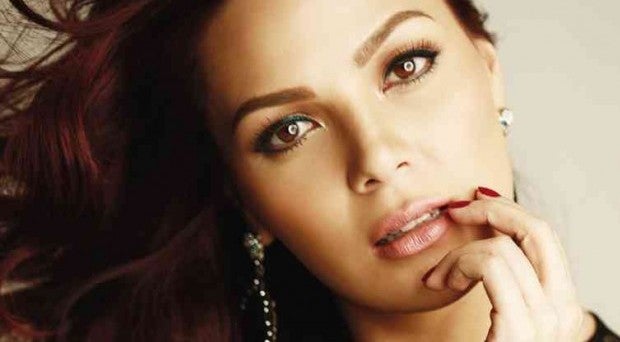 MARRYING KC Concepcion will be like winning in the lottery.

Here’s good news, for a change.

Industry Insider was impressed with Petite Beauty, who was hired by major company to headline a big campaign. PB was invited to  a splashy event because, she was told, the top execs wanted to meet her. PB’s reply: “I will not just drop by; I will sing for you.” The bosses were smitten.

Just as captivating was PB’s costar (and fellow endorser), Glamorous Celeb. Though GC is used to a life of luxury, she’s down-to-earth and a total pro, said II.

Which cannot be said of Noisy Personality. On a visit to the offices of a blue-chip company, NP was introduced to top execs.

Perhaps NP was in a lousy mood. Big Boss extended his hand but NP, cold as ice, ignored it—afraid of germs?

This could be the end of a beautiful business relationship.

Diva in the making

Something in the water? This studio seems to breed demanding divas.

Perky Starlet was put in a deep freeze because of her lousy attitude. She was so difficult, colleagues refused to work with her.

She seems to be following in the footsteps of Crabby Stunner, the apple of the boss’ eye.

Years ago, Handsome Hunk started working out with Foreign Buddy in a gym. In the showers, HH saw that FB was more “gifted” where it mattered.

HH asked Wealthy Benefactor to “sponsor” costly medical procedures that would enhance his assets. WB convinced HH that he was perfect just the way he was.

Gorgeous Star can be a tad boastful and colleagues are aggravated. GS harps about her pedigree (her family’s fabulous wealth, her impeccable background).

To be fair, these are things sorely lacking in GS’ Vivacious Nemesis. Perhaps GS is trying to annoy VN by reminding her that she lacks breeding.

Marvin Agustin puts his money where his mouth is. The actor-restaurateur recently unveiled the new trick art gallery at Banzai: The Great Authentic Japanese Buffet in SM Mall of Asia, newest in a string of restaurants that he owns and operates. 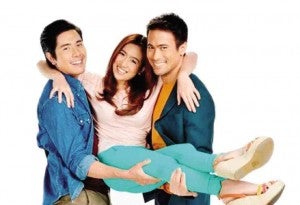 ANGELINE Quinto (with Paulo Avelino, left, and Sam Milby) is upset that her sexy photos were passed around online.

The top show biz news in the Inquirer tabloid Bandera (and why we are moved, if we are moved):

Pakiusap ni Angel Locsin: Huwag husgahan ang mga kabit! (This is the Philippines. Everyone is judged.)

Kris-Bistek over na agad; ’San na ang “chance at forever?” (One of them had other plans.)