Claudine Barretto tweets: Someone tried to poison me and my kids | Inquirer Entertainment
Close
menu
search

Claudine Barretto tweets: Someone tried to poison me and my kids 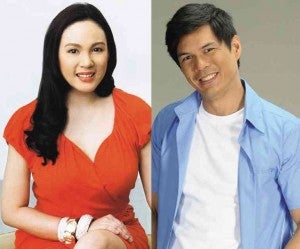 MANILA, Philippines – Actress Claudine Barretto posted alarming tweets on Wednesday, claiming that someone tried to her set her up in poisoning her children.

PLS HELP MY CHILDREN & i.we are not safe.another Employee hired to POISON MY KIDS & i.Stop TRYING TO SET ME UP.U are SO SICK

The actress then posted another tweet addressing a certain Mr. Santiago, who may be her estranged husband Raymart Santiago.

The Philippine Entertainment Portal on Thursday then quoted Barretto as saying a woman entered their house and pretended to be a friend.

“Our security guard just let her in. She was stopped by our helper and friend,” Barretto said in the report.

“Village security guard arrived and police, then she insisted she won’t leave without seeing me,” the actress added.

It remains unclear, however, if it was this woman who tried to poison her children.

Barretto then said she is going to the media for help to protect her children.

“I have been harassed, blackmailed, and they swore to destroy, to set me up, and traumatize my kids,” Barretto said.

“Everyone can say whatever they want or think of me. But please remember I am a mother and the only foundation that carries my children,” she said.

“I will protect them, and everytime these people try to destroy me, please remember you are destroying the very foundation of what you say you are fighting for Sabina and Santino,” the actress added.

The actress has been embroiled in a family drama with her sisters Gretchen and Marjorie, who both supported Raymart Santiago on Claudine’s charges of domestic violence.

The actress’s sisters also alleged that Claudine was mentally ill and had a history of drug abuse, which compelled their mother Inday Barretto to post an open letter to Gretchen, calling her a “liar”