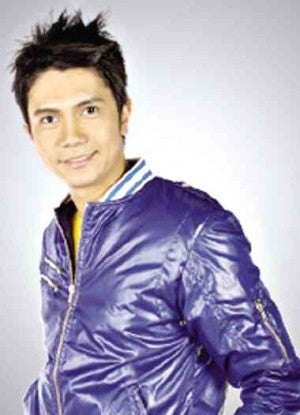 In a 42-page consolidated resolution released Thursday, the DOJ described Cornejo’s complaint as “to a certain degree astonishing and incredible as it is contrary to human frailty.”

Cornejo, in her complaint said that while she was trying to resist the advances of Navarro, he allegedly pinned her down on the bed with his full weight on top of her. She said Navarro was pulling her hair while his other hand was removing his short pants and unzipped her shorts.

While pinning her down, she said in her complaint that while he was pulling her hair, he mashed her face in his crotch and pushed his genitals into her mouth as she was crying “no, huwag po.”

Cornejo also said that Navarro also managed to remove her shorts and expose her private parts.

But the DOJ said Cornejo’s narration of what happened minutes before co-accused Simeon Palma Raz entered the room “is extremely difficult to comprehend under the circumstances.

“Moreover, complainant Cornejo’s narrative that she was pinned down on the bed by respondent Navarro, who had removed his short pants using his hand, and was clutching tightly and painfully pulling complainant Cornejo’s hair with her other hand, while mashing her face, mouth, nose, and chin on his genitals, where Navarro even kept on pushing his genitals into her mouth and then Navarro was allegedly able to lift her underwear and expose her vagina and at that point felt his hard penis towards her private part, while she struggles with all her might, demonstrates physical improbability,” the DOJ resolution further stated.

The DOJ said it also could not understand how the shouting and struggling and running to the lobby of Forbeswood Heights Condominium could have escaped the neighbors.

The DOJ also noted that with all the struggling she suffered, Cornejo did not even have a scratch and refused hospitalization as required by the police.

“Only complainant Cornejo knows why she refused a police policy that requires victims of rape to be brought to a hospital for evaluation, considering the physical and emotional trauma she experienced,” the DOJ said.

The DOJ added that Cornejo’s actions after the incident is inconsistent with “and hardly persuades to be the reaction of someone who had just experienced probably one of the worst days in her life.”

“But the fact that her actuations after such a nerve-wracking and tormenting experience, when she admitted still going out for dinner with her friends that include Cedric Lee, Bernice Lee and Ferdinand Guerrero, who went back to the unit at 3 in the morning of Jan. 23 (a day after the incident) to fix her abode which she had also left minutes thereafter, is to a certain degree astonishing and incredible as it is contrary to human frailty,” the DOJ said.

The DOJ said even her supposed dating relationship with Navarro was not established by Cornejo let alone the rape.

“The dating relationship was not clearly established even by the complainant herself, the said offense should not have been considered in the first place,” the DOJ said.