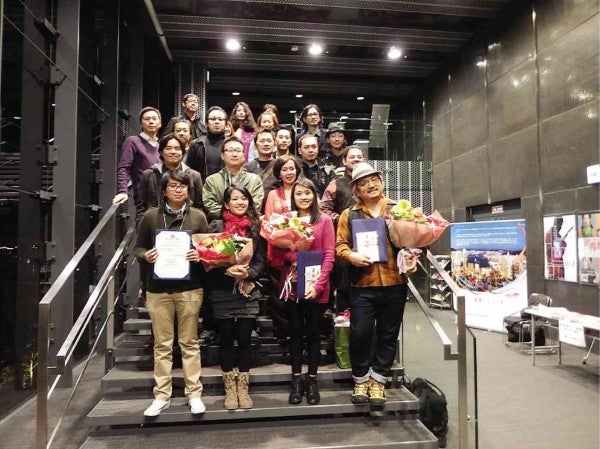 She didn’t expect to win: “We were up against multiawarded Japanese and Asian films.”

The triumph was a vindication for her. She related, “‘Shift’ had the most nominations at the Cinema One Originals [film fest] last year but we didn’t bring home a single award.”

Ledesma attended the festival and fielded questions from audiences after the screenings. “Most of them asked about the culture in the BPO (business process outsourcing) industry,” she said.

“Shift” tells the story of a feisty call center agent (played by rocker Yeng Constantino) who has a crush on her gay supervisor (Felix Roco).

“A lot of the viewers were surprised that the Philippines had hip hangout places like the ones in Japan,” Ledesma related. “Some audience members admitted that they were able to relate with the protagonist, that [Yeng’s character] reminded them of their younger selves.”

When she wrote the script of “Shift” a few years ago, Ledesma said, winning an award was the farthest thing from her mind.

“I wrote it mainly for catharsis,” she owned up. “I felt it was a story that needed to be told.”

As a female filmmaker in the Philippines, the “unexpected” award was particularly significant for her.

“More and more Filipino women are making films and reaping recognition here and abroad. If there are budding female filmmakers who still feel limited by the ‘gender issue,’ I hope they will feel empowered by our example,” said Ledesma. 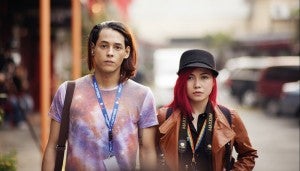 She is aware of how tough it is to be an indie filmmaker.

“Having experienced multiple rejections in the past, what has solely kept me going was my passion to create films,” she said. “As long as I feel the urge to create films, I will continue to do so, regardless of rewards.”

However, she conceded, “The main perk of this prize is that, hopefully, it will make securing funding for future projects a lot easier.”

Surely, Osaka made all her hard work and sleepless nights worthwhile.

“We had to work around a tight budget. [In my acceptance speech]  I thanked a lot of people. This award is another chance to show gratitude to the cast, crew and sponsors,” she pointed out.

Next stop for “Shift” is San Diego Asian Film Festival, where it will be screened at UltraStar Mission on April 18 and 21; then at  Los Angeles Asian Pacific Film Festival, set May 1 to 11.

“I can’t attend the US festivals due to scheduling and budget constraints,” she said, “but I hope our little film will be as well received by viewers there.”

Ledesma hopes “Shift” will have a local theatrical run this year. There are four more international film festivals in the works, and foreign distributors have expressed interest. “But since the film is owned by Cinema One, it has final say on these matters.”