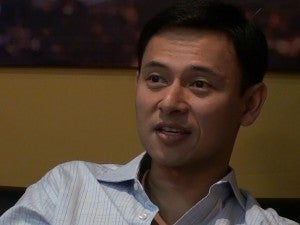 MANILA, Philippines — A bill that seeks to promote the country’s film tourism by providing tax incentives to production companies, both foreign and local, has been filed at the Senate.

Senate Bill No. 2160 also known as the “Fostering Investment through Local and International Movies (FILM) Act” filed by Senator Juan Edgardo Angara “aims to attract filmmakers by providing incentives to film production companies primarily through tax credits ranging from 20 to 40 percent under a point-based incentive system.”

“Film tourism is a growing phenomenon wherein a destination is visited by tourists because it was featured in a movie, television or video. An interest in the nation and its positive image can eventually lead to an actual visit to the country,” Angara, vice chair of the Senate committee on tourism, said in a statement on Wednesday.

“Thus, there is a need to promote the Philippines as a destination for filmmakers,” he said.

The senator then cited New Zealand’s tourism industry as an example wherein New Zealand’s international visitor arrivals jumped to 2.4 million in 2006 from 1.7 million in 2000 after the filming of the “Lord of the Rings” trilogy and the “Hobbit” on location there.

In Scotland, he said, the William Wallace Monument got a 300-percent increase in visitors when actor and director Mel Gibson released “Braveheart.”

“By boosting the country’s film tourism, the Philippines stands to increase the number of tourist arrivals and stimulate its economy. A dollar spent by a tourist for accommodations is multiplied 2.1 times for the economy as it creates jobs and opportunities and spreads its effect in other industries as well,” said Angara, author of the Tourism Act when he was still a congressman.

Aside from tax credits, the bill also provides additional incentives such as exemptions from all fees for or associated with filming permits, free access to public lands, free police protection, free and expedited work visas, and a designated liaison.

The Film Development Council of the Philippines will be tasked to expand its one-stop shop system dedicated to promote the film tourism program and serve filmmakers who intend to avail of the incentives under the bill.

Angara lamented that even the Philippines’ own local film industry “has been begging attention.”

Citing the National Statistical Coordination Board, the senator pointed out that the Philippines produced an average of about 140 movies each year from 1960 to 1999. But the local film output fell to an average of 73 annually from 2000 to 2009.

He said Filipino movie industry leaders have blamed high taxes on tickets and a general lack of government support for their sector’s plight.

“Recognizing the potential of international and local motion picture production to create jobs, grow the economy, and raise the nation’s international profile, offering production tax incentives and providing additional benefits are necessary steps we ought to take to seize this new opportunity as levers for growth and development,” the senator added.