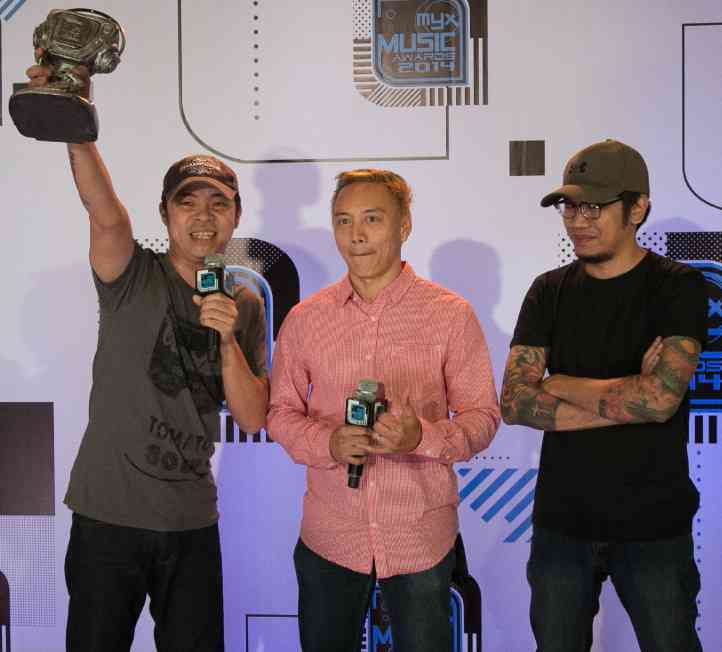 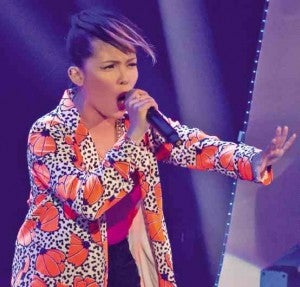 Chito Miranda rarely runs out of something funny or witty to say. But when his band, Parokya ni Edgar, was conferred the Magna Award at the recent Myx Music Awards 2014, the frontman, for once, was speechless.

Parokya, known for catchy, no-frills and, at times, comic songs, has been performing and creating new material for 20 years now. “Sabi ko nga sa [band members], ‘Ano, disband na tayo?’ he quipped. “We have nowhere to go but down.” 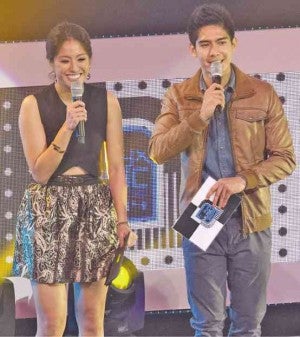 According to Myx, the Magna is given to artists or acts who have given “significant contributions to the industry.” Asked what he thought was Parokya’s impact on local music, Chito was stumped once more. “I have no idea. We don’t know what we did to deserve this,” he said.

So what was the band’s secret to longevity? “Love for money,” Chito shot back, laughing. “Seriously, we respect our differences and individual priorities. We lead different lives, but we come together to do what we have to do.”

More than the trophy, what Chito found most affecting during the ceremonies was the rousing tribute to Parokya, with the stage set up like a drinking/jamming session—complete with pitchers of booze. Some of Chito’s closest musician-friends performed Parokya’s best-loved hits.

Raimund Marasigan opened with “Buloy” and Ebe Dancel crooned to “Harana.” Gabby Alipe and Barbie Almalbis did a duet on “Pangarap Lang Kita.” Yeng Constantino, who belted “Halaga,” was followed by Gloc-9 and Miggy Chavez’s electrifying performance of “The Yes Yes Show.” Rico Blanco concluded the tribute with “Inuman Na.” 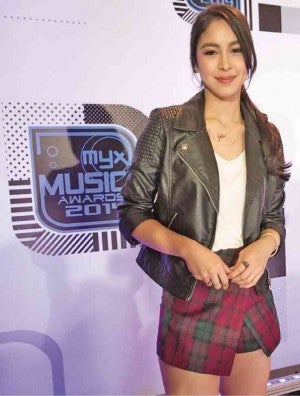 “Nakakakilabot. It was such a pleasant surprise—but also intimidating, and embarrassing to hear our songs sounding much better when others perform them,” Chito said, laughing again.

Earlier that evening, Parokya won Favorite Group. The trophy was presented by Jodi Sta. Maria and Chito’s ex-girlfriend, Kaye Abad. The crowd erupted in cheers as Chito hugged Kaye and planted a kiss on the top of her head.

“I knew she was going to be a presenter; I asked her to declare us winners even if the envelope contained another name,” he jested. “Kaye and I keep in touch; we’re good friends.”

Aside from Parokya, the night’s biggest winner was hip-hop artist Gloc-9, with four trophies for his song “Magda,” which features Rico Blanco. “Magda,” whose video was directed by the rapper’s longtime collaborator J. Pacena II, was named Favorite Music Video, Song, Urban Video and Collaboration. 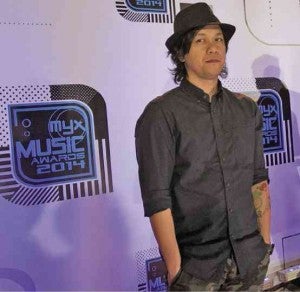 “I can’t wrap my head around this,” Gloc-9 told the Inquirer. “For now, we’ll just enjoy the moment. Then we go back to work. As I always say, I don’t want awards to get to my head. I’m a simple music fan and will continue creating songs as long as I can.”

Pop star-actress Sarah Geronimo, a no-show, was named Favorite Artist, and Remake for “It Takes a Man and a Woman.” Pop-rock artist Yeng Constantino was hailed Favorite Female Artist for the fourth straight year. 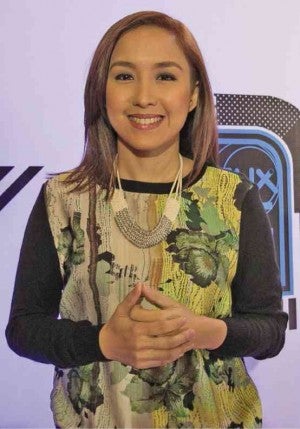