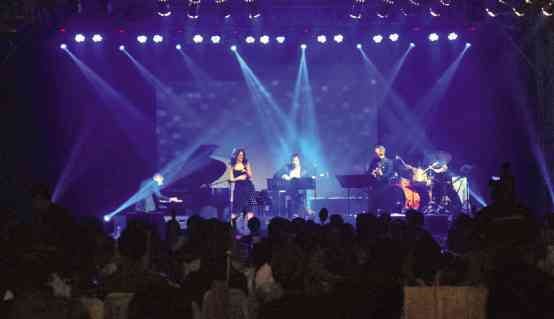 American singer-actress Renee Olstead seemed like a girl in flux performing before an audience of about 300 at the ritzy Isla Grand Ballroom of Edsa Shangri-La on Saturday night. The dinner show, dubbed “Summertime,” saw the young artist offering a hodgepodge of old pop and jazzy blues standards, 1950s and ’60s rock ‘n’ roll slow drag remakes, and new material that seemed to point to another musical direction that she might be considering.

Molded a decade ago by composer-record producer David Foster into a teenage wonder doing heavy jazz vocal standards and Great American Songbook sing-along favorites, the 24-year-old Olstead used the opportunity as a sounding board for a few new songs as well as her latest single, “Sleepwalk,” a wispy lyric version of the late ’50s American Bandstand instrumental hit.

Audience reception was warm for the most part and, as expected, it was her reinterpretation of old blues-jazz favorites that got the warmest response. Even without the glossy veneer of a Foster hit production and despite a band that almost seemed to want to play something else, Olstead managed to touch adult listeners with the torch classics “Stormy Weather,” “Someone to Watch Over Me,” “Sunday Kind of Love” and the gateway song that, she said, “blew her mind” and got her hooked on the genre, Etta James’ “At Last.”

Curiously, for a concert called “Summertime,” the blues anthem didn’t make it to the playlist, not even to the encore cut short, we suspect, by an uncharacteristic gaffe in the middle of a guitar ad lib on her last song.

From where we sat, Olstead appeared to be at a crossroads, torn between pursuing the Foster-engineered jazz diva image that she is known and loved for, and taking new directions that her MOR (middle of the road) pop-rock-oriented musician-fiancé, band pianist Tommy King, seems to be taking her. A tough choice for anyone, we can imagine—to change brands midstream and have to lose your identity to create a new one.

Her version of the 1959 pedal steel guitar hit “Sleepwalk” and Cher’s (and Nancy Sinatra’s) 1966 hit “Bang Bang (My Baby Shot Me Down)” were happy, and successful, compromises. They moved her playlist up a bit from the ’40s to the rock ‘n’ roll era. Olstead indicated the shift, mentioning in a prior interview that she and King were more into Phil Spector-type “wall of sound” stuff, and listening to a lot of ’60s girl groups like the Ronettes and Shirelles. 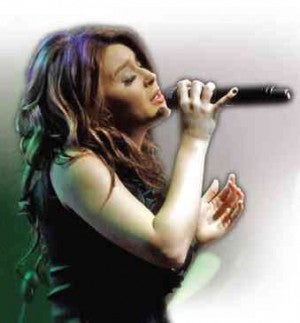 But as they say, you can’t have your cake and eat it, too. On Saturday night, it was starting to show. Olstead has lost a bit of the jazzy edge—no scats (her voice less of an instrument than before) and not much creative interplay with the band within melodies.

She will eventually have to decide what she wants to do—stick with timeless pop jazz, the music she professes to love to death, or once again reinvent herself and plunge headlong into a new love, or something more recent. Either way, she’ll lose a fan and gain another, and many will get lost in the transition. She proved that she had the guts to make tough decisions when she chose music over acting, at least for the moment. For more successful artists, the key is to use the left brain more than the right, to be the song and not just perform it.

If you love what you do, surround yourself with like-minded people. Then your true worth will shine through; everything else will follow.