Magic that makes a point 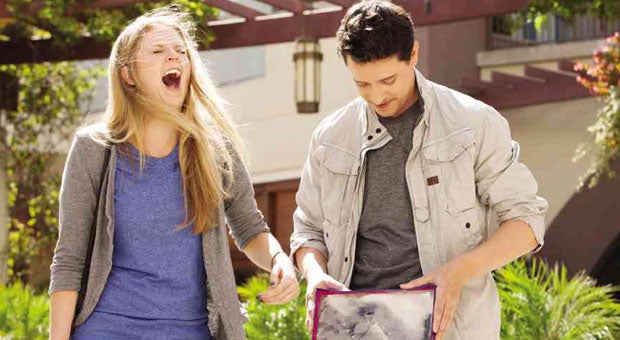 “My magic is not about me, it’s about the people around me and what happens when the magic of experience is with them,” said self-styled “troublemaker” and illusionist Andrew Mayne during a recent teleconference. The celebrated magician is promoting his 13-episode Lifetime series, “Don’t Trust Andrew Mayne,” which starts airing at 10:10 tonight.

“The first thing [about] my magic style is that my big tricks are about somebody else’s story and how I try to use magic to help,” added the YouTube sensation and author of science-fiction and mystery books.

He described the best tricks as “spectacular to watch, but also have an effect.” He elaborated, “When I take somebody’s hobby car [because] he’s taking money and time away from his wife, I make it vanish and I make it reappear impaled 20 feet up in the air on a street lamp. It’s a spectacular visual but it also makes a point: ‘This is what you’re doing to this person’… that’s what I love to do.”

The most important thing about being a convincing illusionist is trust, according to Mayne. “Oddly, we point out the title, but I really like people—if I’m going to perform something for you, I need you to believe that I’m going to be sincere and that you’re going to be entertained, and that it’s worth your attention. That’s important,” he said.

And just how often does he perform certain tricks? “I like to change it up, but I have a couple of tricks I’m always ready to do if I meet somebody in person and they ask me to show them something.”

Mayne revealed that there’s always a new trick being conjured up in the back of his mind. “I’m always thinking of what’s fun to do,” he offered. “You figure out how to do it and sometimes it can be in the moment, or sometimes it takes a long time. You look around you for inspiration.”

Life as an illusionist started on a cruise ship. Mayne traveled around the world and “lived out of a suitcase,” performing tricks in a weekly stage show. He eventually dubbed his style “Shock Magic” and invented about 400 tricks, some of which were discussed in his videos.

Mayne named some influential illusionists: “David Copperfield is impressive; I watched the guy teleport, and as a kid, that just really stuck with me. And David Blaine, when he introduced street magic, it was hard to appreciate [at first] but when I thought about it, the more I realized how much he’s changed magic forever.”

No stranger to blowing people’s minds, Mayne admitted that there’s one trick that he wants to accomplish soon: “I would like to make somebody’s house disappear while they’re standing right in front of it!”