Ronnie Lazaro didn’t plan on this; he’s glad he found a producer who just let him be
By: Bayani San Diego Jr.
Philippine Daily Inquirer / 12:40 AM March 31, 2014 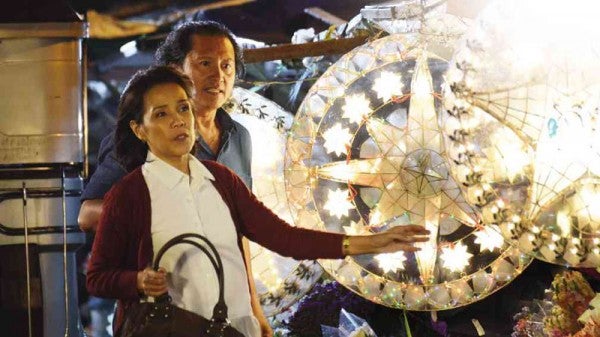 LAZARO with Irma Adlawan in “Edna.”

It took 35 years for actor Ronnie Lazaro to make the decision but, when he did, it seemed predestined.

Over six years ago, Lazaro bumped into an old friend, businessman Anthony V. Gedang, in a local mall. As youngsters, they were neighbors in Pasong Tirad, Makati, which became the  setting of Neal “Buboy” Tan’s “Ataul for Rent” that Gedang produced in 2007.

“I had no inkling why I saw Ronnie again,” Gedang recalled. “A few days later, Buboy pitched ‘Ataul’ to me. One of his characters, reminded me of my childhood friend, Batul. I thought Ronnie would be perfect in that role.”

A taong grasa (crazy vagrant), Batul was the narrator of “Ataul,” which was shown in 15 film festivals around the world, among them Montreal, Cairo, Kerala (India) and PiFan (Puchon International Fantastic Film Festival in South Korea).

This experience was a crash course in indie filmmaking for Gedang. “I learned different lessons—technical, artistic, financial.” The main hurdle is distribution, he said. Undaunted, Gedang gambled on Lazaro’s directorial debut, for release later this year.

Titled “Edna” (formerly “Pajaros Salvajes,” or “Wild Birds”), Lazaro’s debut film was inspired by real OFWs who, he said, “are like migratory birds…forced to go abroad to survive.”

Cinematographers Larry Manda and Arvin Viola, and screenwriter Lally Bucoy were just as passionate about the project, Lazaro said. “I’m lucky my producer is a friend. He didn’t breathe down my neck.”