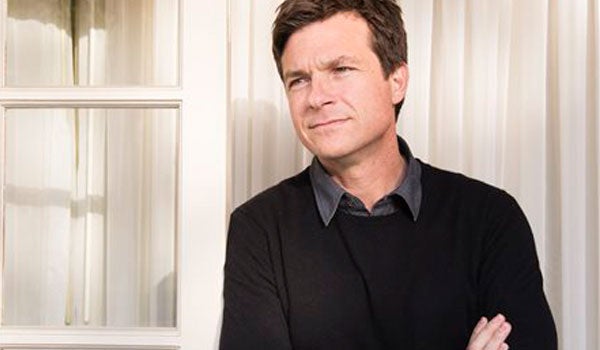 In this Thursday, Feb. 20, 2014 photo, actor and director Jason Bateman poses for a portrait at the Four Seasons Hotel in Los Angeles, Calif. Bateman directs and stars in the film, “Bad Words,” which has a limited release on Friday, March 14, 2014. AP

BEVERLY HILLS, Calif. — After audiences see Jason Bateman’s new movie, “Bad Words,” the actor, who makes his feature-film directorial debut with the comedy, will have one question: “Do I need to apologize?”

Best known for his blunt approach and dry sense of humor in the television show “Arrested Development” and in films like “Horrible Bosses,” Bateman’s turn as a revengeful wordsmith who competes against kids in spelling bees is perhaps his most hilarious and crude role yet.

In a recent interview, Bateman said he was attracted to the film, written by first-timer Andrew Dodge, because the humor came from the fact that the characters “were deeply flawed.”

“It takes a certain audience member to appreciate that. There will be plenty of people who do not and that’s absolutely fine,” he says.

In the film, Bateman plays Guy Trilby, a bitter genius who exploits a technicality in the spelling competition’s rulebook: A contestant must not have passed the 8th grade. Since he hasn’t, he’s free to compete. Not only does Bateman’s character beat the youngsters, he also messes with their heads in cringe-worthy fashion.

“This is a film done for a small budget,” says Bateman. “We’re not financially obligated to appeal to 100 million people. That gives us the privilege of doing something a little more challenging to watch.”

Bateman also directed the film, and admits the job, while satisfying and rewarding, came with a set of difficulties.

“It’s like going into someone’s brain and controlling what they’re thinking and feeling,” he says. “That’s a lot of responsibility. The most challenging part is to illuminate choices and make sure there is some consistency and strategy to the end result.”

Luckily he had pal Ron Howard to call on. The Oscar-winning filmmaker (and “Arrested Development” colleague) was one of the first to see the movie.

“It was a privilege to get that real high level of scrutiny,” says the 45-year-old Bateman, whose first experience behind the camera was as a teen, when he directed an episode of the sitcom he starred in, “The Hogan Family.” ”There really is no wrong way to do this. I just had to be open and let the film be what it wanted to be.”

Co-star Kathryn Hahn, who plays a journalist and Bateman’s love interest in the film, says Bateman was “confident and calm. There was no chin stroking behind the monitor. You never saw doubt. And he smells B.S. a mile away.”

“He was just able to bathe this kid in true confidence,” she recalled. “He’s been through it all.”

A former child actor, Bateman appeared in shows like “Little House on the Prairie,” ”Silver Spoons” and “The Hogan Family” in the 1980s. Like many child stars, he struggled with drugs and alcohol in his 20s.

“I was just kind of trying to even out the scales between working hard and playing hard,” he says. “I felt it was time to play. I was a kid.”

By early 2000, he was clean and able to land the role of Michael Bluth in “Arrested Development.”

“Without that show I don’t know what I’d be doing today,” he says. “That job really facilitated another phase in my career.”

He adds: “It was like, now that I’m done playing, I have a career.”

It was also around this time that he married actress Amanda Anka, with whom he has two children. “Adolescence came to a close and adulthood really started for me,” he adds. “It was perfect timing.”

Since “Arrested Development” debuted in 2003, Bateman has appeared in nearly 20 films. Still, he believes he’s only a job away “from never working again.

“There are probably about three or four people that really have a number of incredible roles at their fingertips at any particular moment. For the rest of us, the choices are usually pretty obvious: One opportunity is awful and the other is attractive,” he says.

Eager to continue to split time between acting and directing, Bateman says he keeps a close eye on the careers of other successful actors who have also focused on directing, like Ben Affleck, George Clooney and Ben Stiller.

“I’d love to find that balance,” he adds.

He’ll soon get another opportunity to do just that when he directs and stars in the drama “The Family Fang,” opposite Nicole Kidman.

“I’m excited to see if there is anything I can possibly do to help her process,” he says. “I’m lucky access matches with ambition right now.”