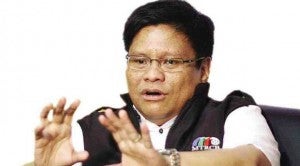 Commercial establishments that screen materials with sensitive content will answer to the Movie and Television Review and Classification Board (MTRCB), its chair, Eugenio Villareal has warned.

Aside from public utility buses, whose operators are fined P10,000 for every violation, the MTRCB is closely monitoring “alternative venues” like bars, restaurants and spas, where movies with adult content are shown.

“Only films or programs with the G (General Patronage) rating are permitted in alternative venues,” Villareal told the Inquirer. The “G” classification advises parents or supervising adults that a film is suitable for audiences of all ages.

In 2012, the MTRCB signed an agreement with the Land Transportation Franchising and Regulatory Board (LTFRB) that penalizes bus companies showing sensitive materials. “The emergence of [these] other venues is a recent development. This year, we will be more engaged in this aspect,” Villareal said. “Nowadays, there are what we call theater spas, where you get foot treatment while watching a movie of your choice. These establishments should register with the MTRCB.”

He said, establishments that feature sports events—for instance, Manny Pacquiao’s latest fight—such as bars, fall under a different category. “If you’re hooked up to  cable, it’s your content provider that will be held liable. However, your establishment will be considered a theater once you turn on your DVD player and show something else.”

Villareal explained the board’s procedure of reviewing shows that air on cable or satellite TV: “We do only postreviews, meaning the MTRCB does not monitor them in real-time, like it monitors free TV channels.”

He recalled the case of a locally owned cable channel that aired a classic indie movie considered too violent and brutal for TV viewing. “We received a complaint about a gory scene shown at 7:30 a.m. The board called the attention of the cable operator, who promptly reprimanded the people responsible for the incident.”

Villareal said this led to the creation of several measures that “enabled the operator to effectively monitor the cable company’s content.” He announced, “This year, we will call for more dialogue with operators and organize summits for them.”