Travolta ‘beating self up’ over Oscar name mangle 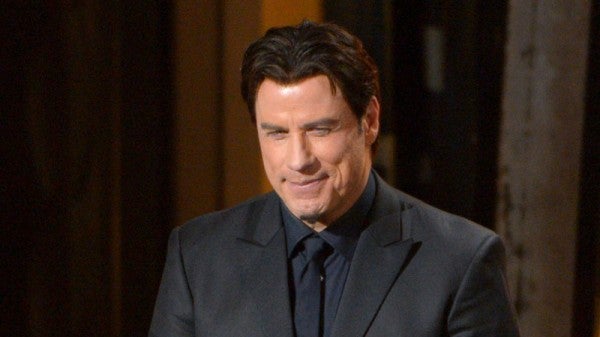 LOS ANGELES – John Travolta said Tuesday he has been feeling terrible over his much-ridiculed Oscars mangling of singer Idina Menzel’s name — but concluded she would want him to “Let it Go.”

The actor triggered a storm of online mockery – including an app to “Travoltify” your own name – after mispronouncing the star’s name as he introduced her performance of the Oscar-winning song “Let it Go” from Disney hit “Frozen.”

The “Grease” and “Saturday Night Fever” star inexplicably called her “the wickedly talented, one and only … Adele Dazeem,” at the 86th Academy Awards on Sunday.

“I’ve been beating myself up all day,” Travolta said in a statement released by his publicist. “Then I thought…what would Idina Menzel say, She’d say, Let it go, let it go!”

As well as a tsunami of ridicule on social media, including an “Adele Dazeem Name Generator” app to suggest how Travolta would introduce you – his embarrassing flub also provided publicity puffs for a couple of shows featuring Menzel.

Broadway show “If/Then,” in which she stars, tweeted a picture of her Monday captioned “You know her name! Idina Menzel stars in ‘If/Then’ on Broadway, March 5.”

Online video service Netflix meanwhile quoted Travolta’s name flub to promote its streaming of the 2005 film adaptation in which Menzel reprised her role in the Broadway musical “Rent.”